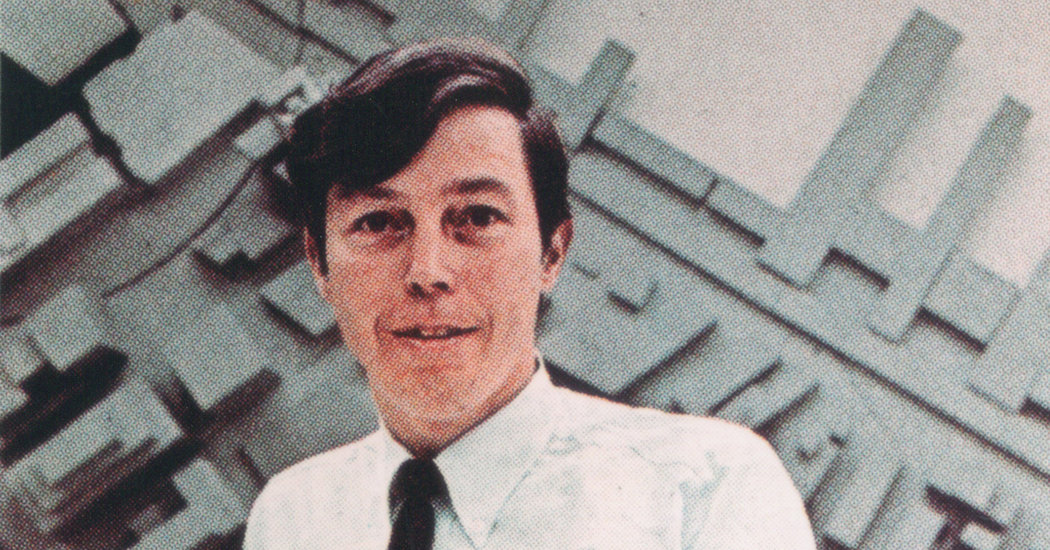 His parents divorced when Mr. Robertson was a boy and he was raised by his father’s second wife, Zelda (Brick) Robertson, also a homemaker. In 1945 when he was 17, Leslie lied about his age and joined the Navy. He was not deployed and was honorably discharged in September. He studied engineering at the University of California at Berkeley and received a Bachelor of Science degree in 1952.

For the next six years he worked as a mathematician, electrical engineer and civil engineer. During his stay in New York, he investigated the collapse of an offshore drilling platform for a while. When that job ended, he decided to head west to California with his family in a Volkswagen convertible. Money ran out in Seattle, and in 1958 he got the first job he could get at Worthington and Skilling, an engineering company. His clients included Seattle-born architect Minoru Yamasaki, who had several projects in the city.

In 1962, Mr. Yamasaki won a competition to design the World Trade Center and helped Mr. Robertson’s company win the engineering contract. “What this man did to me was incredible,” said Mr. Robertson. “I was a kid and he said, ‘Do it.'”

He added, “We had never done a real high-rise project.”

Mr. Yamasaki felt that it was uncomfortable to be in tall buildings unless they made a sense of confinement. It was this notion that led to the pipe design, with the exterior pillars about two feet apart for most of the height of the building.

Mr. Robertson moved to New York to work at the Trade Center. Mr. Skilling stayed in Seattle. (He died in 1998.) In 1982 the company – previously known as Skilling, Helle, Christiansen, Robertson – dissolved and their New York office became Leslie E. Robertson Associates, later LERA. Mr. Robertson gave up his partnership in 1994 but worked on the company’s projects until 2012.

His first two marriages to Elizabeth Zublin and Sharon Hibino ended in divorce. In 1982 he married SawTeen See, an engineer and later a managing partner of LERA. She survived him. In addition to her and her daughter Karla Mei, a son, Chris, survives from his first marriage. a daughter, Sharon Robertson, from his second marriage; and two grandchildren. Another daughter from his first marriage, Jeanne Robertson, died of breast cancer in 2015.