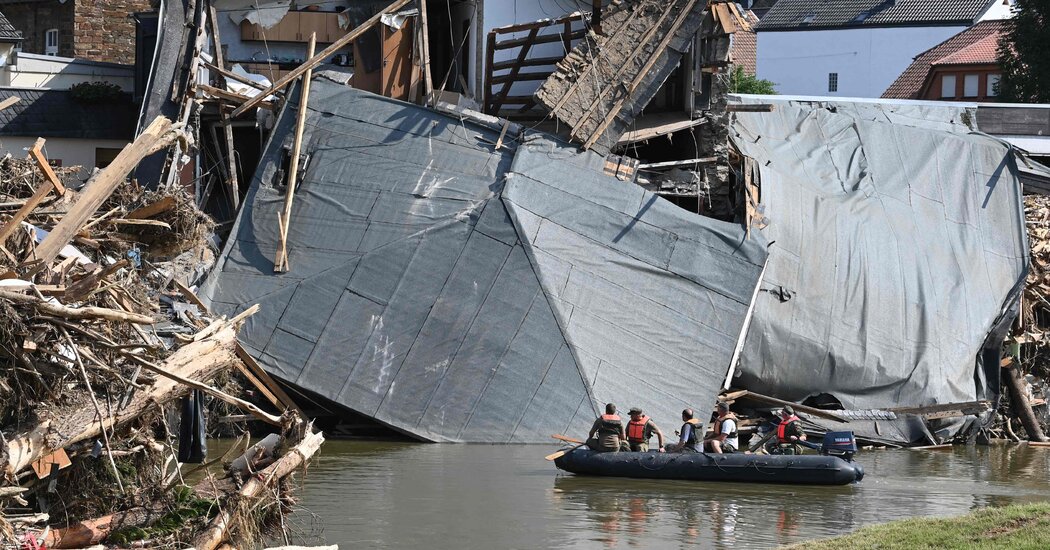 The study is the latest in the growing field of Rapid Attribution Science, which examines extreme weather events such as downpours and heat waves to determine whether and to what extent they have been influenced by climate change. It was carried out by World Weather Attribution, a collaboration of climate scientists and others.

The studies are being carried out expeditiously while the event is still in the public eye. Speed ​​usually means the studies will not be peer-reviewed until later, but they use peer-reviewed analytical techniques that incorporate models and observational data.

The flood study has some caveats, the researchers said. Rain alone does not tell the whole story of a flood; Flow rates and water levels are better indicators of the potential impact of a storm. But the flood destroyed many of the instruments that would have provided this data, “so we focused our assessment on heavy rainfall as the main cause,” said Sarah Kew, climate scientist with the Royal Netherlands Meteorological Institute.

The rains occurred over two relatively small areas, too small to be represented in many climate models. Therefore, the researchers used a “pooled regions” approach that also included other areas from north of the Alps to the Netherlands.

Despite these limitations, “we are still fairly confident that the results we are delivering will be very useful,” said Frank Kreienkamp, ​​climate scientist at the German Weather Service.

The lower end of the range of results – that warming made such a rain event 1.2 times more likely – suggests that climate change had less of an impact and that the event was more a result of natural climate variability. But even that number represents a 20 percent increase in the likelihood of climate change, which is significant, said Dr. Kew.

The study was published two weeks after the publication of a major United Nations report on climate change, which found, among other things, that extreme weather events will continue to increase in frequency and magnitude as warming progresses.