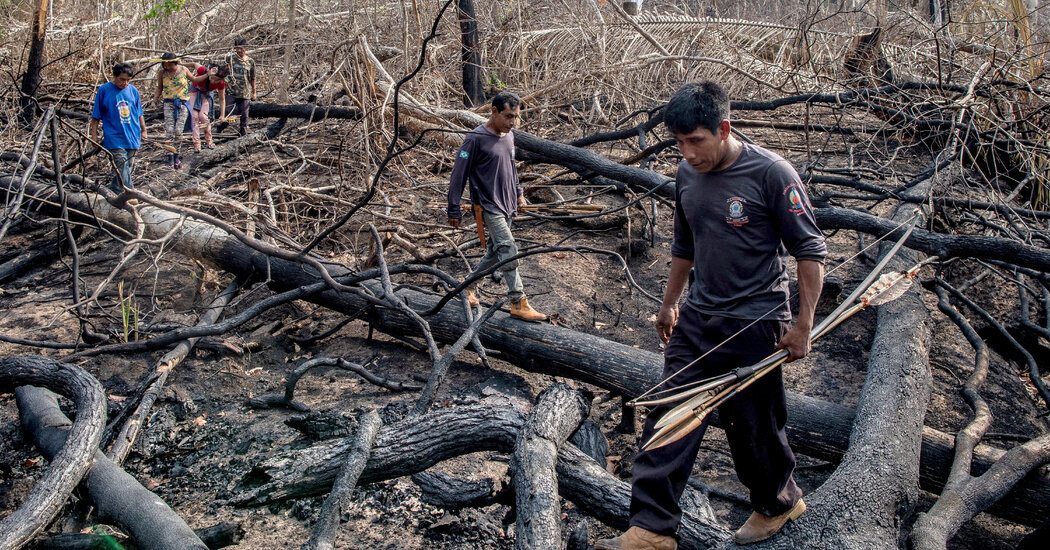 Iliana Monterroso, an environmental scientist at the Center for International Forest Research in Lima, Peru, believes it is important that people who live in areas of high biodiversity have the right to manage those areas. He cited the example of the Mayan Biosphere Reserve, which covers an area of ​​more than 21,000 square kilometers in Guatemala, where local communities have managed the forest for 30 years.

Under fixed-term contracts with the national government, they began growing limited amounts of wood and allspice, selling ornamental palms, and running tourism agencies. You had to protect your investment. “The forest became their source of income,” explained Monterroso. “You’ve managed to get tangible benefits.”

Jaguars, spider monkeys and 535 species of butterflies thrive there. Also the white-lipped peccary, a shy relative of the pig, which quickly disappears when there is danger of the hunt. Forests managed by the community suffer fewer fires and their deforestation rate is very close to zero, according to the researchers.

Erwin Maas is one of the hundreds of Guatemalans who also live there. He and his neighbors run a joint venture in the city of Uaxactún. Mahogany abounds, but only a limited amount can be exploited. Generally one or two trees per hectare per year, Maas noted. They don’t touch the trees that produce seeds.

“Our goal is to make a living with a small amount and always take care of the forest,” he said.

Nic Wirtz contributed to this report.

Somini Sengupta deals with international climate problems. He has also covered the Middle East, West Africa and South Asia for the Times and received the 2003 George Polk Award for his work in the Congo, Liberia and other conflict areas. @SominiSengupta • Facebook

Catrin Einhorn deals with wildlife and extinction in the field of climate. He has also worked in the Investigation Department, where he was part of the Times team that received the 2018 Pulitzer Public Service Award for reporting sexual harassment. @catrineinhorn