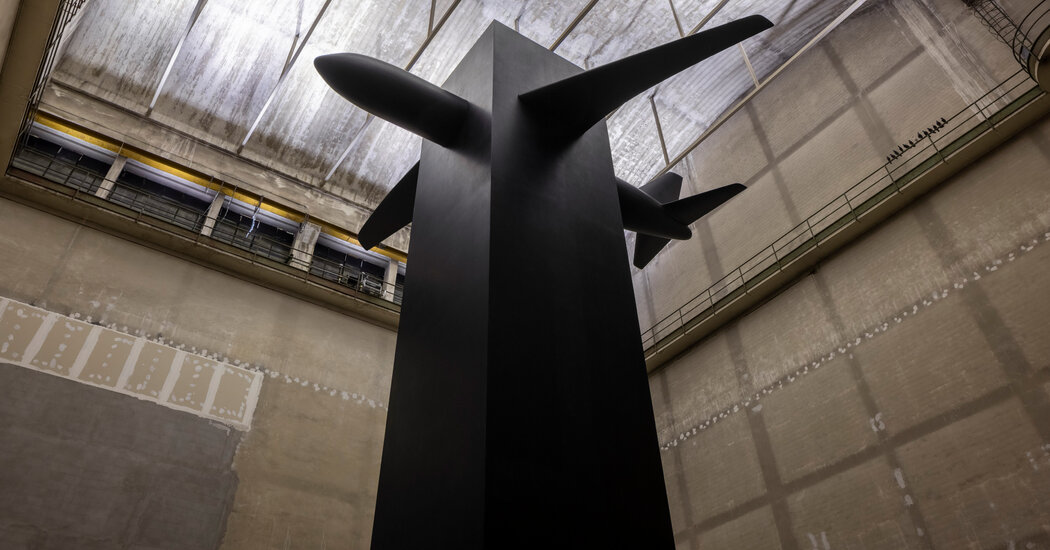 In 2017, the then chief curator of the Guggenheim Museum, Nancy Spector, said she was “hesitant at best” when Cattelan approached her about a possible sculpture of an airplane embedded in a building.

“The timing (and maybe the location) was wrong,” wrote Spector, who has since left the museum, in an upcoming article for the HangarBicocca catalog. “After 9/11, especially for New Yorkers, nothing felt safe.”

Four years later, Spector acknowledged in the essay that “‘Blind’ will undoubtedly produce strong emotional responses.” But she added: “The fact that this monolith of sculpture is being shown for the first time in a museum context as part of the artist’s exhibition in Milan – and not in the middle of New York City – lets the work breathe as it was and test it out in public as an object of deep and complex meaning. “

Roberta Tenconi, the curator of HangarBicocca, and Vicente Todolí, the artistic director, said in an email that they “had no doubts” about showing “Blind”.

“Art is an expression of freedom and the role of a museum is, in our opinion, a place where different voices are shared and thoughts and reflections about the world we live in are generated,” they wrote in a joint email.

“’Blind’ definitely brings to mind a dark and tragic moment in history and is a reminder of the fragility and vulnerability of all human beings,” they continued. “The exhibition in New York is a decision made by the cultural and art institutions there.”