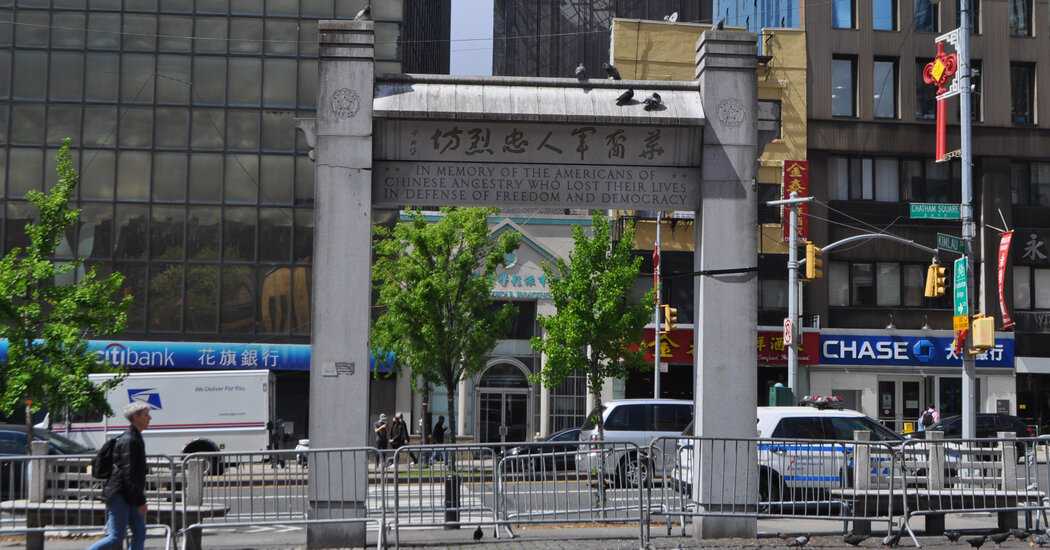 City officials unanimously voted on Tuesday to designate an indigenous archaeological site on the south coast of Staten Island and the Kimlau War Memorial in Chinatown, Manhattan, as protected landmarks.

“We worked very hard to make sure we were telling the story of all New Yorkers and representing the diversity of the city,” said Sarah Carroll, chair of the commission, adding that her agency continues “in a way in history advance “was not done in the past.”

More than five decades after the city began granting landmark status to sites, only a small fraction of its 37,000 or so properties recognizes contributions from color communities. More recently, conservationists have tried to highlight the accomplishments of African Americans with interactive maps that explore landmarks related to black history and the Underground Railroad. In February, a row house in downtown Brooklyn also received landmark status due to its association with the 19th century abolitionist movement.

The agency worked with Native American groups to rename the Staten Island archaeological site in Conference House Park in Tottenville, which anthropologists said contains the oldest signs of indigenous life within the city limits for about 8,000 years. The landmark covers nearly 20 hectares of land and will be called Aakawaxung Munahanung (island sheltered from the wind), probably the name for Staten Island in the Munsee language.

For some historians, the importance of this site has been overshadowed by nearby colonial landmarks. Conference House Park is home to Christopher Billopp, a British loyalist during the American Revolution who held a peace conference between three Americans – Benjamin Franklin, John Adams and Edward Rutledge – and British Admiral Richard Howe in 1776.

Aakawaxung Munahanung’s recognition was welcomed by Kelly Carroll, the director of advocacy and public relations for the Historic Districts Council. “Structures associated with the colonial and white occupation of the site have long enjoyed landmark status,” she said at a public hearing in May. “Preserving the land that is the park and the treasures that lie beneath this sacred ground is overdue.”

In Manhattan, the Kimlau War Memorial has long been the symbolic gateway to Chinatown, a ceremonial granite arch within a plaza of the same name that is currently maintained by the city’s parks department.

Designed by architect Poy Gum Lee and inaugurated in 1962, the memorial was sponsored by the American Legion to honor Chinese Americans who died while serving in World War II. His name comes from the second Lt. Benjamin Ralph Kimlau, a bomber pilot who died in an attack on Japanese military facilities in the South Pacific.

“Thousands of Chinese-Americans have served this country valiantly in the US armed forces,” said Dian Dong, a dance educator who is Kimlaus’ niece, in a statement. “The Kimlau War Memorial Arch will continue to be a source of pride for the Chinatown community.”