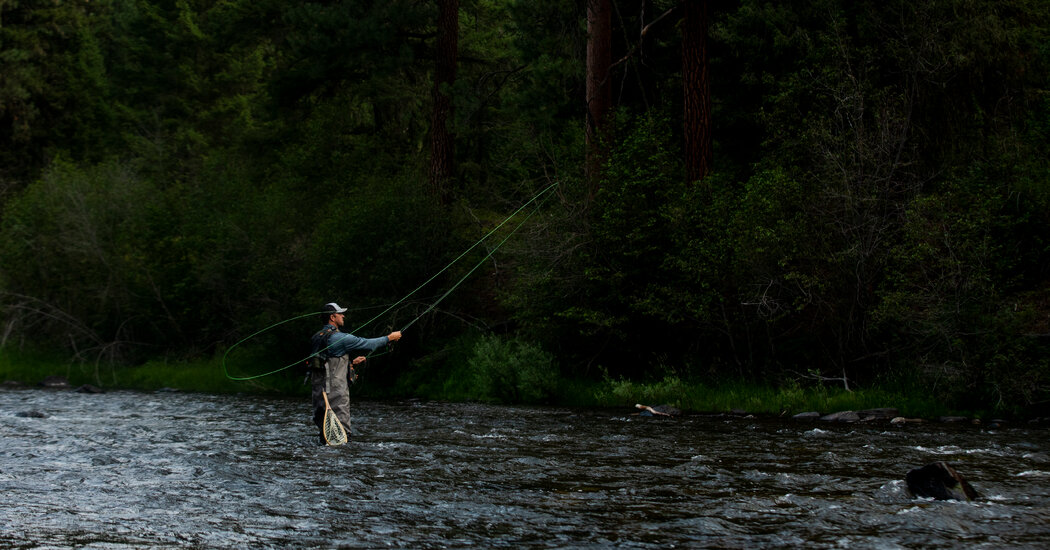 “Water temperatures were above 70 degrees for several days in a row,” said Travis Duncan, a spokesman for Colorado Parks and Wildlife. “And there is the potential for more closings as we advance into the season.”

On Tuesday, the Montana Department of Fish, Wildlife and Parks imposed “hoot owl” restrictions on the Missouri River, one of the state’s most popular trout fisheries, between Helena and Great Falls due to warm water temperatures. The rule forbids fishing after 2 p.m. (The term “hot owl restriction” comes from the early days of the logging industry. Lumberjacks work early in the morning in late summer when it is cooler because the forests are dry and the risk of chainsaws or other equipment using lit a fire. Lumberjacks often heard owls in their early morning shifts.)

Although there are often restrictions at some point during the summer season, this year is unusual.

“From what we know from the past, this is unprecedented on this scale,” said Eileen Ryce, the administrator of the state fisheries department.

To make matters worse, brown trout populations have declined over several years in the southwestern part of the state, including the Big Hole, Ruby, Yellowstone, Madison and Beaverhead rivers, some of the most popular fly fishing destinations.

For example, on one of the most popular stretches of the Big Hole River, a May census found 400 brown trout per mile, up from 1,800 in 2014. The Beaverhead River has dropped from 2,000 brown trout per mile to 1,000. And these counts were done at the beginning of the season, before that summer’s extreme conditions set in. The state is considering long-term restrictions on all of these rivers, which could include the release of all brown trout or the cessation of fishing in some locations.