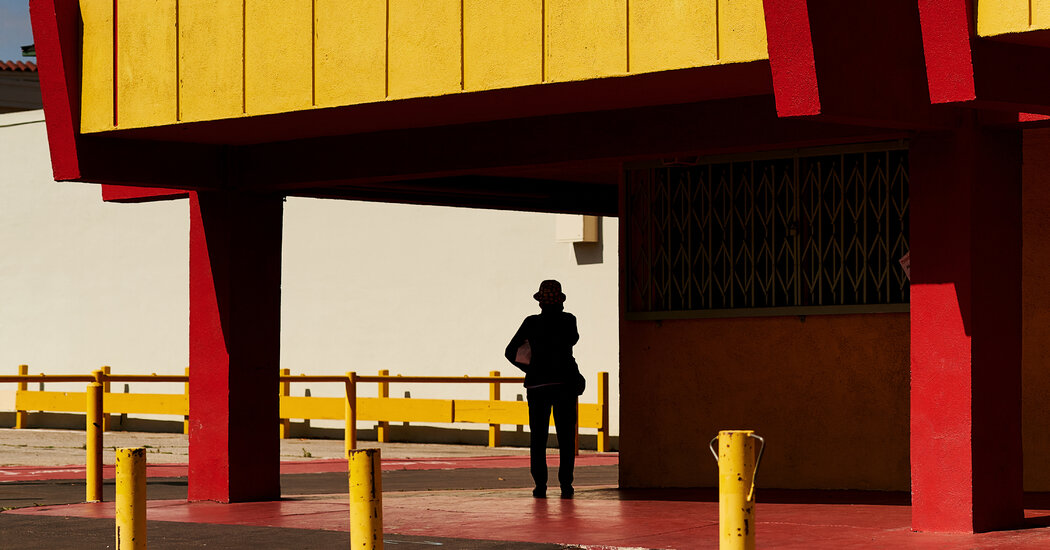 Sometimes a place is more than just a place; It can be a scene. Even the most empty backdrops such as a parking lot or a sun-drenched motorway can shimmer with cinematic potential. Four photographers showed us the movie moments they found everywhere.

When Jake Michaels started filming in Los Angeles, he noticed how the setting and the spontaneous action within the frame merge into one story and how those moments quickly dissolve. “That’s why I find it interesting to go back to one place several times,” said Michaels. “You can see life cycling. From a static point of view, you can see how much life exists within this framework. “

A Rong Xu who took these photos in Taiwan is often influenced by the Hong Kong films of the 1990s and Taiwanese cinematographer Mark Lee Ping-bing, who created images from “slow gestures that merge into something bigger,” said Xu. In other words, viewers feel a bigger story in the photo and are drawn to this mystery.

Sarah van Rij took these pictures in Amsterdam and The Hague. Van Rij explained that filmmakers have a huge impact on their work – “maybe more than other photographers,” she said. Van Rij, who takes most of her shots out on the street, seeks a feeling before she pulls the shutter and sometimes makes up her own private backstory for a scene.

For September Dawn Bottoms, which was filming in and around Tulsa, Okla., The answer to what a photo theater does flows from their personal point of view. “I take pictures of my own life all the time,” she said. “Every photo is about me and what I see, I’m just never there.”