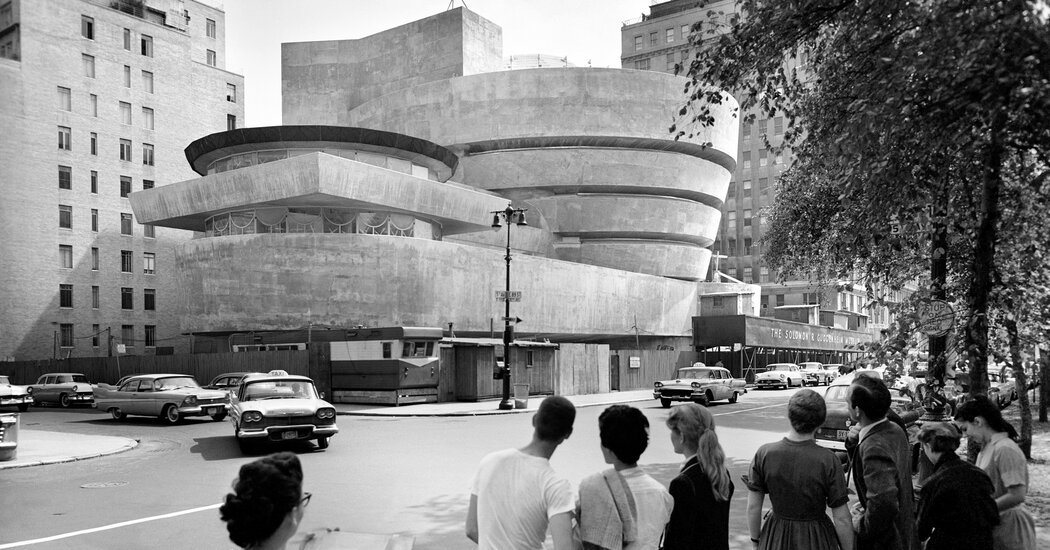 When T assembled a panel of architects, designers, and journalists to compile a list of the 25 most significant works of post-war architecture, we knew that Times readers would have their own ideas about buildings to include or leave out; even our judges were aware of the inherent limitations of such an assignment. With that in mind, here are some more significant buildings constructed since World War II, chosen based on the wealth of comments we received on Instagram and the original article itself, where many people gathered for the world’s most famous star architects – where is Frank Gehry? Zaha hadid? Frank Lloyd Wright? IM Pei? – and others passionately advocated lesser-known works that moved them personally. Some of the following were discussed (and discarded) during our original conversation; all are worth a closer look.

It’s frightening that Frank Lloyd Wright isn’t on that list. For example, where is the Guggenheim Museum? Is Mies van der Rohe’s Seagram Building a better example of creative NYC architecture? It’s a rectangle of glass and steel while Wright’s building, standing proudly on Fifth Avenue, just up the street from that Protestant monstrosity, the Metropolitan, is unique in the city. The judges cannot seem to see the art in architecture. – Daniel Duncan, Arcata, California.

Frank Gehry’s Guggenheim Museum in Bilbao should be on that list. Not only is it beautiful, it is perhaps the most influential work of architecture in the past 25 years. Do the critics get through his and his inaction on something? If so, I wish they would just say so. – Alex Marshall, Brooklyn

The TWA Flight Center designed by Eero Saarinen didn’t make the list? Revered, your choices are excessively brutalist, and yet I am rereading passages. – Robert Lukowski, RI

The Buckminster Fuller Dome at Expo 67 would make a lot of lists. But also Moshe Safdie’s habitat. – Ken Bousfield

I’ve read quite a number of comments. Surprisingly, I haven’t seen a single mention of my favorite contemporary architect, Santiago Calatrava. There is certainly nothing brutal about his works. They have a wonderfully organic shape. – Dav Mar, Farmington, NM

I am an amateur architecture enthusiast and would have loved to see IM Pei represented. He designed in all styles, pushed the boundaries with skyscrapers (for example the Bank of China Tower), created iconic structures (who hasn’t stared at the pyramid in the Louvre for hours?) And influenced our city (the Javits Mitte, et al.). He was a great Asian American and died here. – Josh Tannenbaum, NYC

No Zaha Hadid ?! She had incredible aesthetics and such a brilliant mind. – Michele Chandler, California.

In view of the growing effects of climate change and global warming, I am surprised that no Friedensreich Hundertwasser building was included in the list. – Matthew Warburg, Seattle, Washington.

I’m not an architect, but I would have voted for Sea Ranch on the northern California coast in beautiful Sonoma County. The houses there were designed to incorporate elements of the natural environment – the sun, the wind and miles of precious seashores. They have a minimalist aesthetic and look otherworldly. It was a very forward-thinking and zen method of approaching living. – Teri Lown, Sacramento, California.

Good grief. They left out the Barbican in the City of London, a place where thousands of people live, work, go to school and enjoy the arts every day thanks to Chamberlin, Powell and Bon’s fearless brutalism that is reviving an area that’s turned into smoking Debris fell during the lightning bolt. – Richard Burniston, Brighton, Great Britain