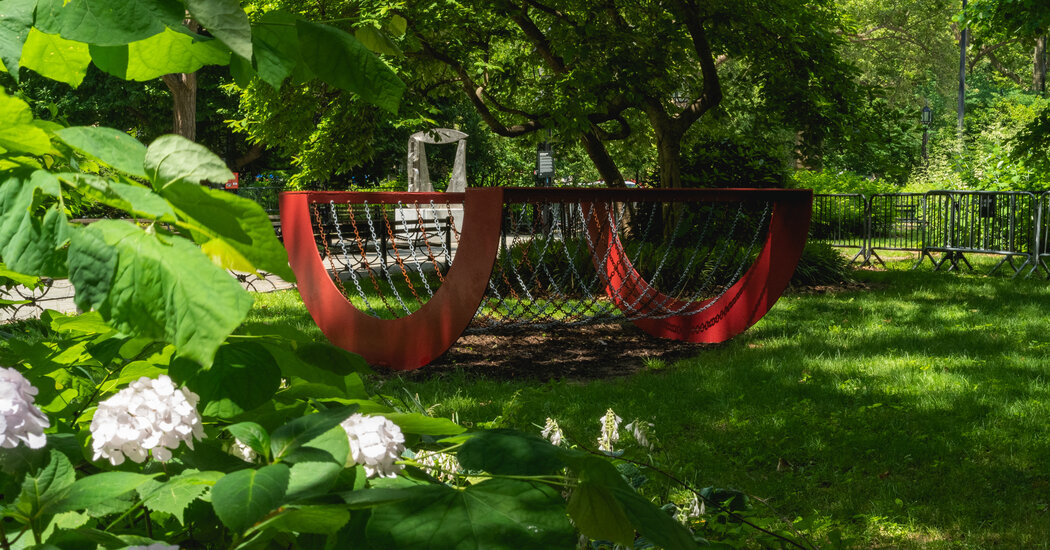 In New York after the lockdown, art has freed itself from months of digital quarantine. Museums are open; Items are available and people are pouring in – or at least queuing to enter. The entry line at the Met stretched across the square last weekend and forward movement was slow. So if you need a “live” art repair quick – like now – you might consider another option: a self-guided tour of new outdoor art around town.

Much of this work was planned long before the pandemic. The idea for Maya Lin’s new installation “Ghost Forest”, a cathedral-like grove of dead and dying trees in the middle of a park in Midtown Manhattan, dates back around eight years. Similarly, David Hammons’ “Day’s End,” a wiry riverside memorial to 1970s New York, which was just before AIDS, began as a pencil sketch sent to the Whitney Museum in 2014.

None of the pieces are “political” in a loud way. But after the complex trauma that has plagued this country over the past year and a half – killer plague, racist violence, California on fire – you can’t help but read like this. This also applies to several other new outdoor work – by Sanford Biggers, Christian Boltanski, Melvin Edwards, Rashid Johnson, Guadalupe Maravilla, and Mary Mattingly – described by Martha Schwendener inside. All speak in very different but concrete ways of healing, history and a fragile material world.

And for those who are heavily digitally addicted, there is also something important, as Arthur Lubow reports: The High Line and The Shed have collaborated on a number of virtual projects that are fully experienced on a smartphone app in the open air.