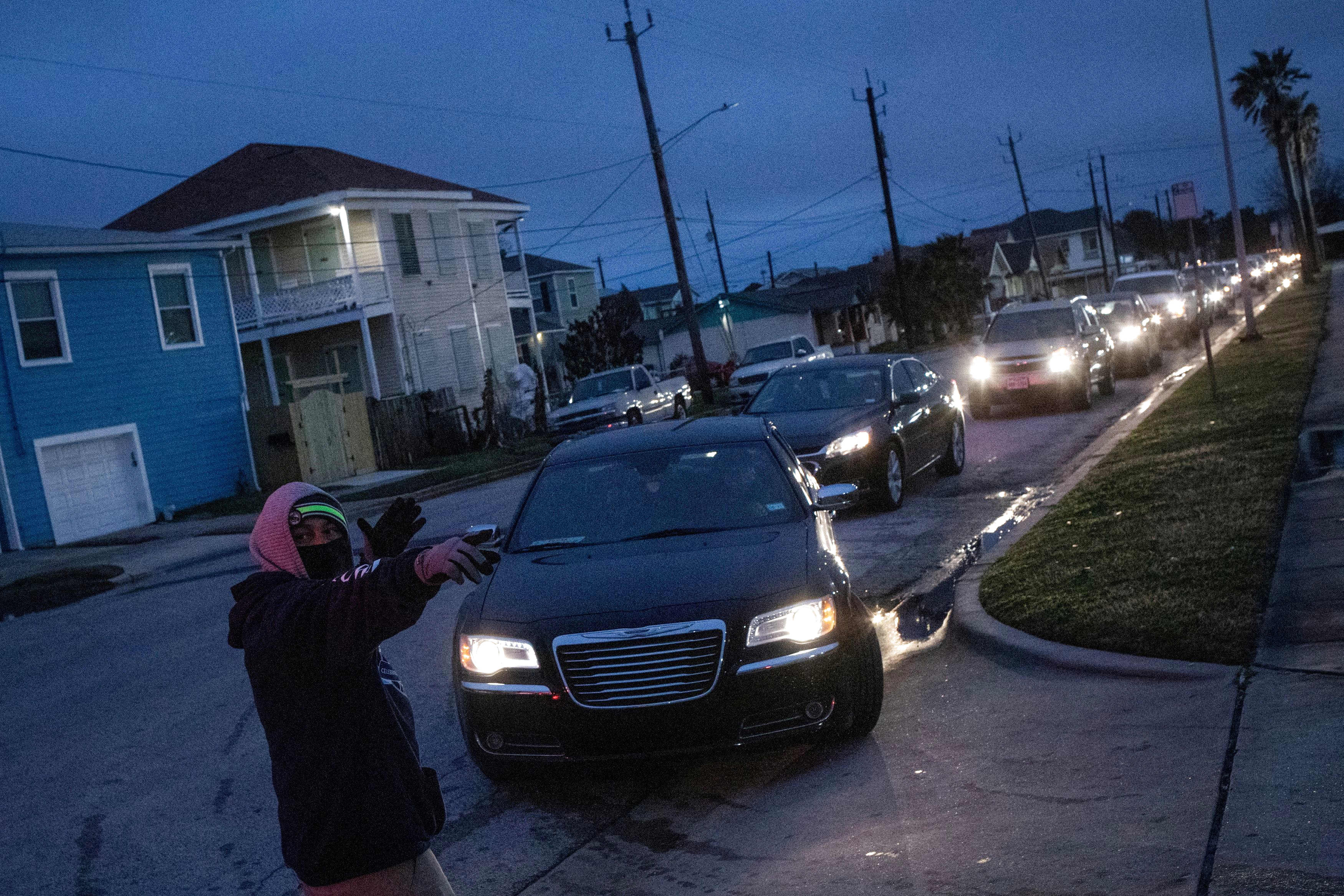 The residents line up in their vehicles to enter a thermal center and shelter after record-breaking winter temperatures. As reported by the local media, most residents in Galveston, Texas, United States will be without power on February 17, 2021.

President Biden said he would travel to Houston, Texas on Friday. He is accompanied by First Lady Jill Biden.

The presidential tour comes after a deadly winter storm that struck much of the country and struck Texas with snow and sub-freezing temperatures. The state issued its first winter storm warning.

Biden approved a disaster declaration for Texas on Saturday, the Federal Emergency Management Agency said after the state’s vulnerable power grid went down and millions of people were left without electricity, heat or water. Power has been restored in much of the state, but many are left without clean water.

The campaign unlocked federal funding for individuals in Texas, grants for temporary home and home repairs, and low-cost loans to cover uninsured property damage after extensive damage across the state.

Biden had said last week he was considering a visit if he could do so without disrupting the recovery effort. “I don’t want to be a burden, if I can do it without being a burden to people, I plan to go,” he said.

Biden’s Declaration provides aid to individuals in 77 Texas counties. Republican Governor Greg Abbott had requested a disaster declaration for all 254 counties. The White House said it was working closely with Abbott and additional counties could be included after further assessing the damage.

The federal government had already approved emergency declarations for Texas, Oklahoma, and Louisiana last week and sent supplies such as generators, blankets, water, and meals to Texas.