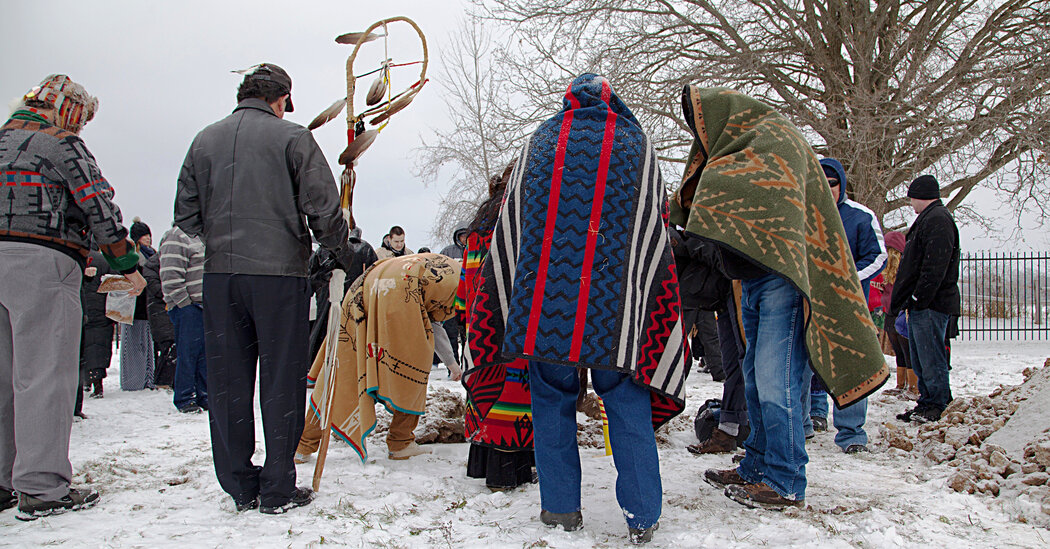 “The job is never done when it comes to NAGPRA,” said John Stomberg, director of the Hood Museum.

A new policy announced in March aims to help the University of California at Berkeley repatriate more than 9,500 Native American remains. Its collection is the largest in the country, according to the National Park Service, and according to university officials it has remained because previous administrators delayed return procedures.

“Historically, UC has viewed Berkeley repatriation and NAGPRA as a process that runs counter to the university’s research interests,” said Thomas Torma, the school’s legal officer, via email. “As a result of these changes, we were able to return at least 297 people and 15,792 of their belongings to tribes last year.”

When the remains are returned, the tribes have often held poignant reburial ceremonies. After the University of Michigan repatriated the remains of 94 Native Americans and 812 related burial objects to the Saginaw Chippewa Indian tribe in 2014, members withstood the freezing temperatures to commemorate their return to a 1995 cemetery where their ancestors were buried .

“It’s emotional, not just a physical thing that we go through in repatriation,” said Tony Perry, a participant in the ceremony, back in the tribe’s release, “and it’s a deeply spiritual and emotional thing that comes from the heart . “

By clarifying timelines and closing loopholes in existing regulations, the Biden government hopes to hold accountable not only museums but the many government agencies with indigenous remains in their possession. Federal registry documents indicate that the Bureau of Indian Affairs, the United States Navy, and the Army Corps of Engineers continue to revise their inventory lists and increase the number of human remains and funerary objects found in their collections after submitting them to the Government Accountability Office over a decade for not fully complying with the law.

Critics of the current system argue that wherever you look, big advances are difficult to see.

“At the current rate we are moving forward, it will be another seven decades before all 116,000 human remains are treated,” said Chip Colwell, a former curator at the Denver Museum of Nature & Science who led the NAGPRA compliance program later wrote a book on the struggle for repatriation. “When executives look at how much work there is to be done, there is a deep sense of frustration.”