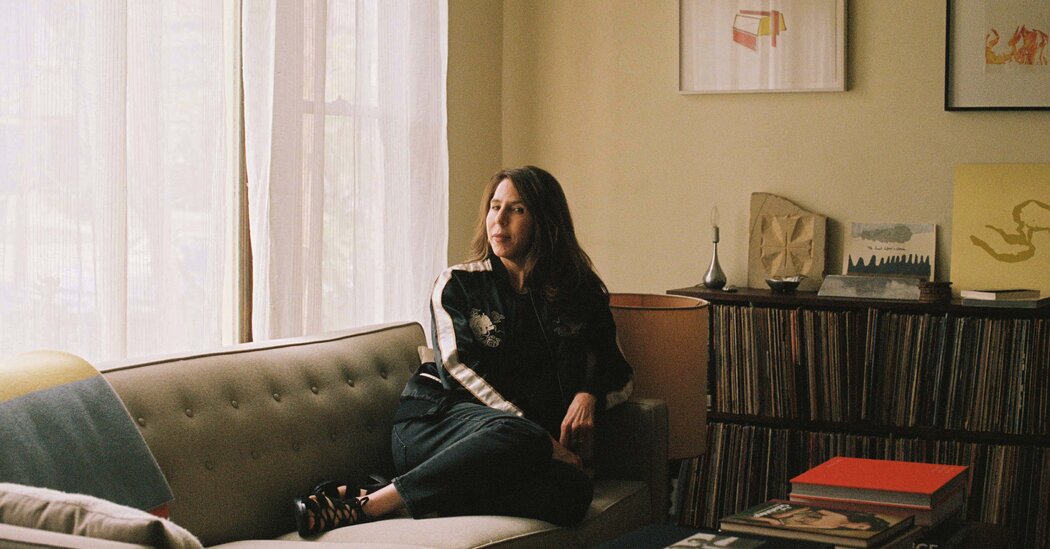 LOS ANGELES – At one point in Rachel Kushner’s recently published novella “The Mayor of Leipzig”, the narrator, an American artist, reveals, “I personally know the author of this story you are reading. Because she sees herself as a type of the art world, as a hook. “

This is typical of Kushner, both in his self-deprecating humor and in his metafictional address. However, Kushner is hardly a hook. While she is best known as the author of three high-profile novels – “Telex from Cuba”, “The Flamethrowers” and “The Mars Room” – she has also written succinctly about art and artists for magazines and journals such as Artforum and BOMB.

In her fiction, too, she often plays the art world. “The Flamethrowers” partly describes the entry of the protagonist Reno into the art scene of downtown New York in the 1970s (Reno shares certain traits with Kushner, such as a passion for motorcycles). It features cameos by real artists like sculptor John Chamberlain mixed with fictional ones in historical locations – Max ‘Kansas City, Andy Warhol’s factory – and made up.

An anthology of her essays, “The Hard Crowd”, was published this month. In addition to stories about motorcycle races, bartenders in the Tenderloin neighborhood of San Francisco and reflections on cult authors such as Marguerite Duras, Denis Johnson and Clarice Lispector, the book contains essays on the artists Jeff Koons, Thomas Demand and Alex Brown. In another essay, “Made to Burn”, she reveals some of the art-historical inspirations for “The Flamethrowers”, such as Los Angeles artist Jack Goldstein’s record with sound effects and the 1984 series “Contact” by Italian photographer Gabriele Basilico der Abdruck various designer chairs on a woman’s floor. (“The connection between violence and modernity is everywhere, but too broad to get in the form of a caption,” she writes below the picture.)

On the porch of her Angelino Heights home here, 52-year-old Kushner spoke about her continued interest in art and the people who make it. Here are edited excerpts from that conversation.

How do you get out of writing about visual arts?

It’s a natural affinity for me. Even as a child I was interested in art. I’m originally from Eugene, Ore., Then we moved to San Francisco. But I was fortunate enough to visit New York in the 1970s and 1980s and be exposed to the art world there. My aunt, the media activist and artist DeeDee Halleck, made films with the rural artists Nancy Holt and Richard Serra and was friends with the installation artist Gordon Matta-Clark. When I was about 5 years old, I remember visiting the Gate Hill Artists’ Cooperative outside of New York City, where DeeDee lived with John Cage and experimental filmmaker Stan VanDerBeek. A friend’s mother worked for Donald Judd as his studio manager. So I got a glimpse of things.

What impression did that make on you?

I was interested not only in the work people did, but also in how they talked and how they lived and how they represented their personalities, which seemed to me to be part of their work. The way they approach their curiosity remains interested in new things that are happening around them. I look at them, probably more than other writers, at how to be an artist, how to recognize what is yours.

How did you first get started writing about art?

When I moved to New York in the mid-1990s, I was working in a now-defunct magazine called Grand Street, where the legendary curator Walter Hopps worked [the founding director of the Menil Collection in Houston] was the art editor. I had an ambition to write a novel, but I still haven’t figured out how to do it. Writing about art was easier for me. Jack Bankowsky, then editor of Artforum, invited me to write for this magazine. And apart from that, my social life was pretty quickly all artist. I felt comfortable in this world.

In “The Hard Crowd” you describe this time of your life in your essay on the painter and musician Alex Brown.

I wrote this piece right after Alex passed away in 2019. As I wrote it, I found that Alex had introduced me to a whole milieu that was influencing the direction of my life. When I moved to New York, I immediately met Alex, then his gallery owner Hudson, who ran Feature Inc., a gallery of artists pretty much all together, like Huma Bhabha, Jason Fox, and Alexander Ross. Really smart people. Older than me. I loved to listen to them having these late-night discussions and it kind of got over my head, but it was fascinating.

It seems that you use art – as well as film and literature – as raw material for your fiction.

Yes I’ll do it. People in novels can and should be able to bolster their reality with art and films made from it. Besides, I never like to read about invented works of art. It rarely works and tends to feel shy and wrong. For example, the character Ronnie Fontaine in “The Flamethrowers” claims to want to photograph every living person, which the concept artist Douglas Huebler had announced [for his 1971 “Variable Piece #70 (In Process) Global”]. Or impressive details that I have borrowed, such as the artist and choreographer Yvonne Rainer, who removed thousands of pins from crevices on the floor of her SoHo loft, a former clothing factory with a magnet, at a time when artists moved into former production rooms New moved to York.

Are there certain artists who have influenced you?

Filmmaker and artist James Benning is someone I got pretty close to after writing me out of the blue after reading The Flamethrowers. I was already thinking about his work, especially the beautiful 2007 documentary “Casting a Glance” about Robert Smithson’s “Spiral Jetty”. When I first saw his California Trilogy, I was just overwhelmed by these films and the way he forces the viewer to sit with those long takes.

In 2018 I was the Mary Routt Chair of Writing at Scripps College. As an assignment, I asked my students to come to the “Skyspace” installation that James Turrell has on the Pomona campus. At sunset we lay on cement benches for two hours and looked up at this rectangular section of the sky. At some point the sky began to vibrate and the edges glowed purple and green.

Do you fuse looking and seeing and bearing testimony? There is a big difference between gazing at the sky and visiting the Shuafat refugee camp in East Jerusalem, as you do in The Hard Crowd’s We Are Orphans Here. (This article appeared in The New York Times Magazine in 2016).

I hesitate about this concept of testimony because it suggests that just being that, being there, has some social meaning. But I was drawn to Shuafat and wrote about a place where few outsiders were. I’m interested in the less and less visible elements of how a society is organized and the way people are sorted. I like to immerse myself in worlds that are full of invisible codes that need to be spruced up – that need to be experienced directly, not through books.

In the new book you pay tribute to the artist Richard Prince as an inspiration.

Richard has become a friend of mine. In “The Flamethrowers” I included a character named John Dogg, who was Richard’s alter ego early in his career. In my story he did other work. In the catalog for his 2007 Guggenheim retrospective there was a great essay by Glenn O’Brien that I loved because it was about humor and sensitivity, which is really what the art world is for me. You either get it or you don’t. You just have to have a sense of the game. Irony too.

You have a lot of friends in the art world. Do you feel like an outsider?

Let’s say I’m more of an independent agent than an outsider. A swimmer. As if I could just go from one social scene to the next without needing to be defined or restricted by everyone.

Are your readers floaters too? It is unlikely that many are as familiar with Jeff Koons as Marguerite Duras or Denis Johnson.

I wanted to make it so that even someone who had never heard of Jeff Koons could hopefully read the essay and make something of it.

I love the part about the video clip found in 1975, in which a young Koon with a mustache, who has not yet “engaged in his man-child consumption”, as you write, interviews David Byrne in a sweaty manner. “He wanted to be cool and he was cool,” you said of Koons.

He is the artist valued by people who are utterly repulsed and suspicious of the art world. I wanted to think about populism and how Koons is or isn’t a populist artist and how he’s just playing with populism.

One continuous line in the book seems to be the idea of ​​being at the top of your life, “finishing with the new” and “reflecting, inwardly, examining, sorting, and counting.”

I wanted to give the reader an experience of these different worlds that I went through and thought about. I think of something that was mentioned on my friend Laura Owens, the painter, on Peter Schjeldahl’s profile from her diaries when she was young. Something like “How to be an Artist”. One of their rules was to “keep contradicting each other”. I find this totally amazing and enlightening because it happens anyway. Rather than always trying to present yourself as a seamlessly cohesive narrative of mythology, do so.