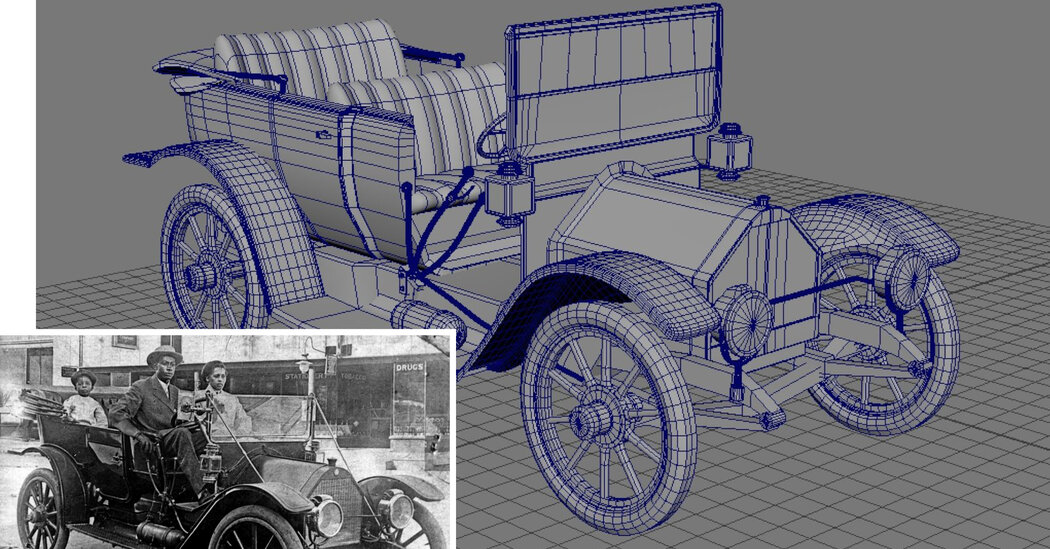 A hundred years ago, a violent white mob stormed and burned Tulsa, Okla., A thriving black neighborhood. Up to 300 people were killed and hundreds injured. Claims for damages were $ 1.8 million – $ 27 million in today’s dollars. A community that had thrived in the face of racial oppression was devastated.

In this week, New York Times journalists published the interactive article “What the Tulsa Race Massacre Destroyed,” a 3D virtual tour of the Greenwood neighborhood where the atrocities took place on May 31 and June 1, 1921, brief profiles of residents and documenting the profound Loss of human life and generational wealth.

Greenwood was known as America’s Black Wall Street and was full of grocery stores, restaurants, schools, churches, theaters, hotels, and newspapers. The violent white mob was fueled by resentment against this success, and the destruction it caused was hidden for decades.

“We wanted to bring it back to life,” said Haeyoun Park, an assistant graphics editor who oversaw the project, of Greenwood. “It was this amazing place, 60 years after emancipation, built by blacks for blacks.”

Over the past few months, over a dozen journalists at the Graphics Desk have worked on various interconnected elements of the project. Visual journalists Yuliya Parshina-Kottas and Anjali Singhvi collected vast amounts of archival material, including insurance cards, census data, city directories, tapes, testimonials and newspaper clippings, all of which would form the raw material for rebuilding the neighborhood.

In order to reconstruct the 100s block of Greenwood Avenue, the heart of the business world, Guilbert Gates found additional, hard-to-find archive material that helped Mika Grondahl build a 3D model of the buildings. The model would then be used to create the 3D animations of that Greenwood block. Mr. Grondahl also relied on archive photos to accurately produce details such as windows, power poles and cars on the street.

To get an aerial view of the neighborhood, Lingdong Huang used machine learning to read flat maps of Tulsa and translate them into 3D buildings. He also wrote a computer program that allowed the team to manually enter exact building heights using data on the insurance cards. Jeremy White created the user interface that makes it easy for readers to scroll through the historic neighborhood.

To determine where people lived and worked, the team analyzed Ancestry.com census data and wrote software to convert text from the digitized Tulsa city directory of 1921 into a searchable database. Journalists received more detailed information about specific people and their stories in newspaper articles.

“We have really tried to restore the spirit of Greenwood through the people who lived there and to honor the lives of the African Americans who made Greenwood what it was,” said Ms. Singhvi.

Ms. Parshina-Kottas said the vibrancy of these reports could allow readers to draw parallels with modern society.

“Racial violence remains a really big issue in this country,” she said. “I was hoping that making this close connection with the people who were affected by the Tulsa massacre would make readers think about today’s events.”

Audra DS Burch, a national correspondent, spent a week in Tulsa meeting people whose grandparents and great-grandparents survived the massacre. The descendants shared their family stories and walked her down Greenwood Avenue, past places where their relatives once owned businesses. They discussed the issue of reparation and how to honor the victims of the massacre without taking advantage of their stories, Ms. Burch said.

“For them, the neighborhood’s history is personal and ubiquitous,” she said.

As Ms. Burch pondered her coverage, she pondered how the residents of this neighborhood built a life and community soon after slavery ended.

“I kept coming back to the entrepreneurship of the Greenwood pioneers and what that kind of freedom must have felt like,” she said, “and the determination it takes to rebuild from ashes.”