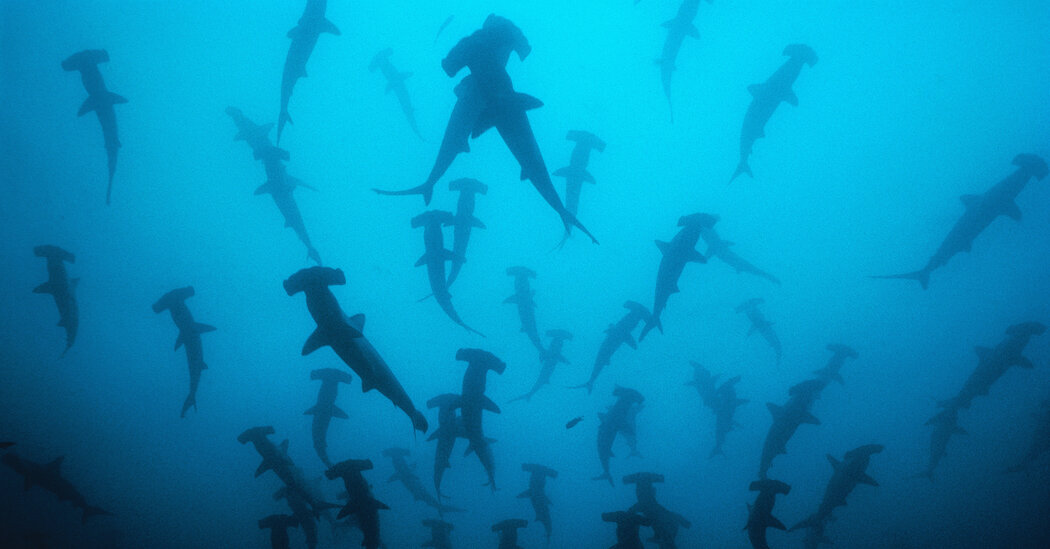 This decline in relative and absolute shark abundance suggests something happened to shark populations about 19 million years ago, concluded Dr. Sibert.

But it was still a question of whether there was a real extinction, she said. “We wanted to know whether the sharks are extinct or whether they are just less prominent.”

To test the idea of ​​extinction, Dr. Sibert Leah D. Rubin, a marine scientist at the College of the Atlantic in Maine. Together they developed a framework to identify different denticle groups.

The researchers chose 19 dental features – such as their shape and the orientation of their ridges. Dr. Sibert and Mrs. Rubin sorted around 1,300 teeth into 88 groups. These groups don’t exactly match the shark species, but seeing more groups is an indicator that a shark population is more diverse, the researchers suggested.

Of the 88 denticle groups that originally existed 19 million years ago, only nine survived. The decrease in shark diversity suggests they were experiencing extinction at the time, concluded Dr. Sibert and Mrs. Rubin. In fact, that event was probably even more catastrophic for sharks than the dinosaur-killing asteroid impact 66 million years ago, they said.

“There was only a small fraction that survived in this post-extinction world,” said Dr. Sibert.

The effects of this extinction were likely felt around the world. The consistent results of the two sediment cores – separated by thousands of kilometers – suggest that this was really a “global event,” wrote two paleontologists, Catalina Pimiento of the University of Zurich and Nicholas D. Pyenson of the Smithsonian Institution, in a Perspective article who accompanied the study in Science.

So far, the cause of this death is unknown. There were no significant climatic changes in the early Miocene, and there is no evidence of an asteroid impact at that time. “We have no idea,” said Dr. Sibert.