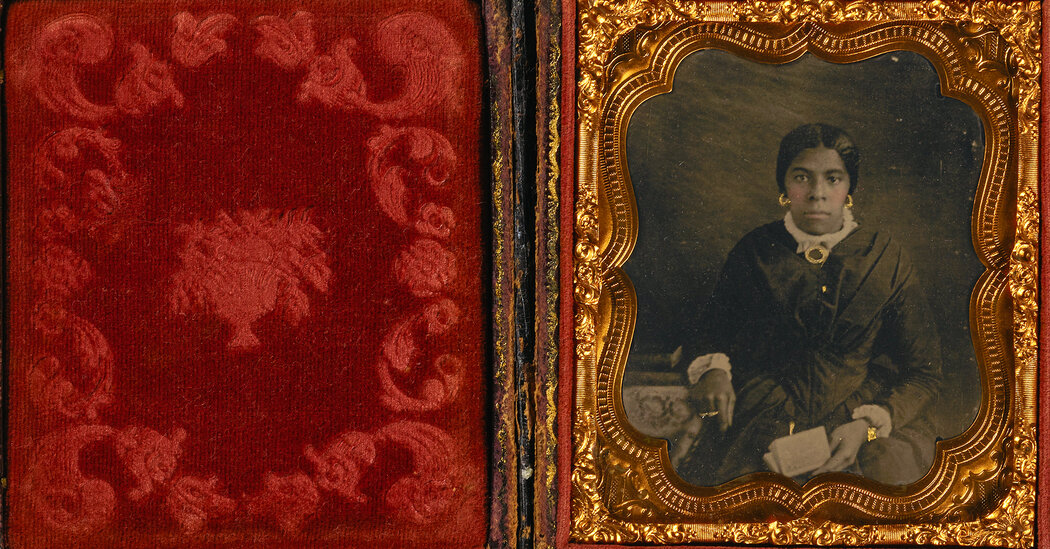 Larry West was a mergers and acquisitions specialist when he came across an article in the New York Post in 1975 that said antique photography was on the verge of becoming the next great collector’s item. Inspired, he walked into a store in Mamaroneck, NY, and came across a daguerreotype – an early form of photography on highly polished metal plates that is almost astounding in its hologram-like effect. It showed an African American in a tuxedo posing elegantly in front of the camera. West bought it for $ 10.70.

“Including taxes,” he said with a laugh in a telephone interview.

The find sparked West’s 45-year passion – some might say obsession – with daguerreotypes, as objects of beauty, and as records of American history, including the active roles African Americans have played as both producers and consumers of photography from its earliest invention.

Now the Smithsonian American Art Museum (SAAM) in Washington DC has acquired an important part of its collection, most of which has never been seen before, an event that Stephanie Stebich, the director of the museum, called “a coup”. The museum said the purchase price was in the mid six-digit range.

The group of 286 objects from the 1840s to the mid-1920s includes a cache of 40 daguerreotypes made by three of the most famous black photographers of the 19th century, James P. Ball, Glenalvin Goodridge, and Augustus Washington, the largest collection of such works in the country, surpassing the 26 daguerreotypes by these photographers in the Library of Congress, the museum said.

An extensive collection of photographic jewelry is included with the purchase – intimate objects made to be worn on the body, embedded in tiny daguerreotypes or other types of photographs, perhaps together with locks of hair. West calls the group, which was made by and for African Americans, “the rarest of the rare”.

Rounding out the acquisition are portraits of abolitionists and photographs related to the Underground Railroad, with a special focus on the women – both black and white – who worked to raise money for the operation.

West’s collection “really allows us to dramatically expand the canvas most people see when they think of early photography in the United States,” said Lonnie G. Bunch III, secretary of the Smithsonian and former director of the Smithsonian National Museum of African American History and Culture.

The timing was right, because the VSV will start reinstalling its permanent collections over the next few years. Photography curator John Jacob says the newly acquired objects will play a central role.

The invention of the daguerreotype process in 1839 was big news at the time, and photography studios flourished almost immediately in the United States, offering ordinary people a new way to portray themselves at a fraction of the cost of a painted portrait. Black photographers were at the forefront of this new technology, and black people flocked to their studios.

“The transition from miniature painting to photographic portraiture is really a democratization of portraiture,” said Jacob. “But to research this story, a collection has to have different photographers and the images have to have different themes – that’s the only way to tell the story of democratization. We couldn’t tell this story before; Now, by bringing in Larry’s collection, this is now somewhat possible. “

Personalities like Ball, Goodridge, and Washington founded wealthy studios that catered to both black and white customers. Ball worked in Cincinnati, Minneapolis, and Helena, Mont. Among others. Goodridge worked with his brothers in York, Pennsylvania; and Washington established his studio in Hartford, Connecticut before moving to Liberia in 1853.

The materials from West’s collection have the potential to deepen and even rewrite the early history of photography in the United States, said Makeda Best, photography curator at Harvard Art Museums. “It tells us that African Americans were both consumers and producers of this new media in everyday life, that they immediately saw its importance,” she said. “Not only did we create images for ourselves, we were also involved in developing this new technology.”

Best added that once the collection becomes available to a wider public, it will shifts the geography of photo history. “Outside of New York and other major cities, it was busy,” she said. “This collection shows us again how little we know about the range of photographic practices in the United States during this period.”

The three photographers who were at the center of the acquisition were active abolitionists – perhaps not surprising when you consider the important role photography played in the movement to end enslavement and, as Bunch noted, “telling African Americans than just Poor, as a stain “face on America rather than a contributor to America.”

Deborah Willis, the photographer, a well-known scholar of African-American photo history and commissioner of the SAAM underscored this in a telephone interview. “We see beauty, we see fashion,” she said. “We see these multidimensional experiences of black men and women during this time.”

She added that the photographs broaden our view of the African American experience by adding them “Not just the challenges or the ‘suffering’ of the black body, but stories of black men and women who were entrepreneurs, who had dreams and were motivated by the politics of the time.”

The fact that it took West 45 years to collect 40 daguerreotypes from African American photographers speaks for how few such objects survived and how persistent the collector was in his search, Jacob said. “When I started, it was a lot easier, ”said West, who is over 70 years old. “Most collectors are old whites,” he said with a self-deprecating laugh. “Some ladies too, to be fair.”

West accumulated on the side while working for Avon in the 1970s, focusing his attention on photographs of Abraham Lincoln. After moving to Tiffany and Co. in 1978, he discovered the existence of photo jewelry. After retiring in 2017, he moved from New York City to Washington, DC to be “closer to history,” he said. His focus on African American photography of the time intensified over the past two decades.

The acquisition includes West’s research materials and his own treatise on the collection. “This is a treasure trove for completely new generations of art historians,” said Director Stebich. It is planned to convene a symposium and further opportunities for experts to examine the collection before the works are expected to be made available to the public in autumn 2023.

“All collectors and historians have this dream for their collections – will my material be used and will it endure?” West said. With the addition of his collection, West says the Smithsonian “can tell many stories that they could not tell before”.