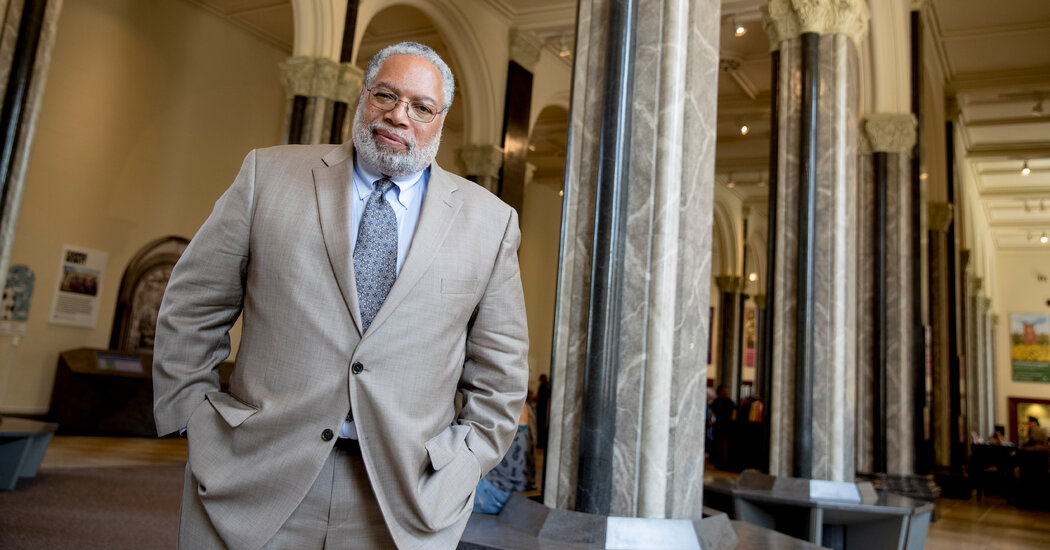 When Lonnie G. Bunch III, secretary of the Smithsonian Institution, announced last year that the organization had received a $ 25 million gift from Bank of America, he envisioned an initiative that would secure communities across the country Would create spaces where Americans could gather to discuss the racial past of the country.

The outcome, “Our Shared Future: Reckoning With Our Racial Past,” a biennial series of online and face-to-face events, will begin Thursday in Los Angeles with a virtual summit focusing on income and health inequality and health inequality across topics ranging from early racial science to vaccine distribution. The first event will be broadcast live on oursharedfuture.si.edu starting at 7 p.m. Eastern.

“We cannot solve the race problems in America ourselves,” said Bunch on Monday in a telephone conversation. “But we can give the public the tools to stimulate these conversations, to help people understand races beyond black and white.”

The organization plans conferences, town halls, and immersive pop-up experiences in communities across the country to allow people to share their experiences and improve their understanding of the heritage of race and racism. Bunch said the goal is to encourage conversations between people who otherwise might not intersect.

“We hope the Smithsonian can be a trustworthy place where people with different political opinions can connect,” he said.

Museums across the country are adding race to their collections, including how to diversify their historically white holdings and display artifacts from traumatic periods in the country’s history, such as Ku Klux Klan robes, in the right context. But the Smithsonian wanted to have the conversation beyond the museum walls, Bunch said.

“In many ways, it’s a race-themed initiative,” he said. “But it’s also an initiative about the various ways the Smithsonian can help our work.”

Although pandemic precautions are in flux, the Smithsonian plans to send a video team to events such as the annual Farm Aid Festival due to be held in Hartford, Connecticut on September 25 this year, in hopes of oral assembly Stories from people about their experience with the breed in America.

“We want to make sure that when we talk about the big issues of race and wellbeing, we’re reducing them to a human level,” said Bunch.

Although the program is a two-year pilot, Bunch sees this timeframe as a starting point, not a deadline.

“We want the relationships we build to last longer,” he said. “If what we do has an effect, we will keep doing it.”