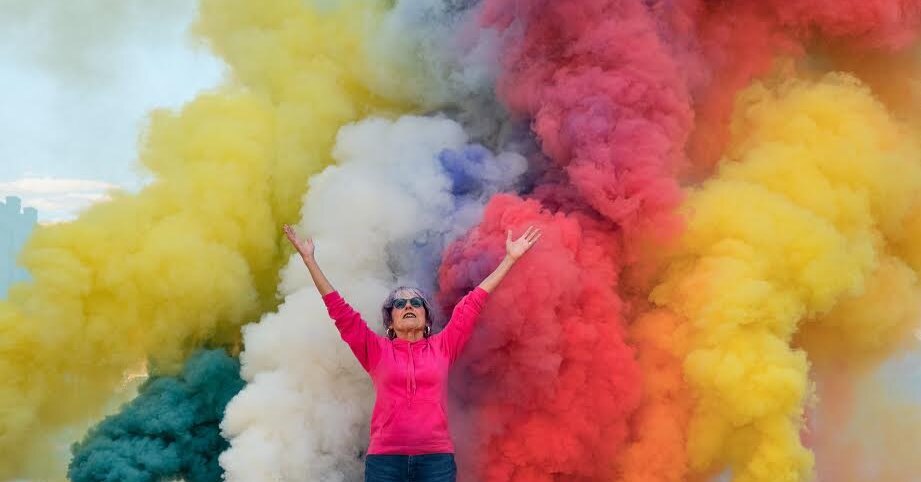 Two years ago the arts organization Desert X in Palm Springs, California canceled a light projection by Jenny Holzer to be shown on a local mountainside during their biennial exhibition for fear of endangering the roaming bighorn sheep.

Now, Judy Chicago’s plans to create a short-lived, atmospheric work of art for the upcoming edition of the Biennale at the 1,200-acre Living Desert Zoo and gardens in Palm Desert have been scrapped after an environmental activist launched a letter campaign against the project asking about the impact on sheep and other animals in the region.

“The reason he gave is that they didn’t want to be part of a controversy over their environmental protection,” she said. “The specialists at Living Desert had assured us that the project would not harm the desert or any native or captive animals. Therefore, their withdrawal is incredibly disappointing and confusing.”

Efforts to reach Mr. Monroe and the PR manager in the living desert were unsuccessful on Friday and Saturday.

The artwork, which was scheduled for April 9th, was called “Living Smoke: A Tribute to the Living Desert”.

Ms. Chicago, who said she was “very surprised and upset” by the decision, described environmental awareness as the point of her project. In the late 1960s, she began working with smoke in California as an alternative to the male-dominated Land Art movement that involved bulldozers or digging up soil.

“The idea of ​​the smoke sculptures is that I mix colors in the air. When the colors swirl and move and become clear, it gives people a chance to see the beauty and fragility of the landscape,” she said. “It gives them an opportunity to think about how we are harming the environment and how they can help change that.”

Ms. Chicago said she had already gone through a three-month planning process with Living Desert, a nonprofit, to make sure no animals are harmed.

She planned the work “a mile and a half from the zoo and the developed area,” she said, opting for electronic ignition instead of her usual hand-lighting of the smoke with a so-called black match that had a “very loud sizzle.”

“That would obviously scare all living things, so there was no way we would,” she said. She also made plans for pandemic-related reasons to limit the number of guests in the audience and broadcast them via livestream instead.

The art collector Jordan Schnitzer, who financed this work of art and was present at several meetings with executives from the living desert, confirmed this report.

“We discussed several concerns and addressed them all up front,” he said. “The last thing we wanted to do was put on a spectacular art event that violated the flora or fauna.”

He said the Living Desert’s decision to abandon the project was made just days after receiving letters from Ann Japenga, a longtime Palm Springs resident who writes on the arts and the environment.

“Although the smoke is non-toxic, huge clouds of smoke will certainly frighten the wildlife on Eisenhower Mountain and also the captive wildlife in the living desert,” she wrote to Mr. Schnitzer on February 21, citing “variables like wind and the unpredictable behavior of.” Smoke and creatures. “

“Eleven bighorn lambs were just born in the mountains,” she wrote. “Who knows where they’ll hang out on April 9th?”

“On April 9, 2021, Instagram pictures of smoke-devouring bighorn habitat with ‘Palm Desert’ will be flashed in the hashtags worldwide,” she wrote. “Is that good advertising?”

Ms. Chicago said she was confident in the safety of her project, as were the Living Desert scientists she worked with.

“We sent them all the statistics on the smoke and what it was made of and they found it to be safe,” she said. “After all, that’s their job to protect the environment.”

Before that, she created a “smoke sculpture” in Miami in 2018 in connection with a museum survey there and in 2019 in her hometown of Belen, New Mexico, on her 80th birthday. The next one is planned for the gardens of the de Young Museum in San Francisco when their retrospective, which has been postponed due to the pandemic, opens there.

Ms. Gil Schmitz from Desert X said she was actively looking for other places to see the artwork. Would Ms. Chicago consider a new website?

“The living desert was important because it is dedicated to ecological and ecological values ​​that are close to my heart,” she said. “I’m not sure we can find a comparable website.”