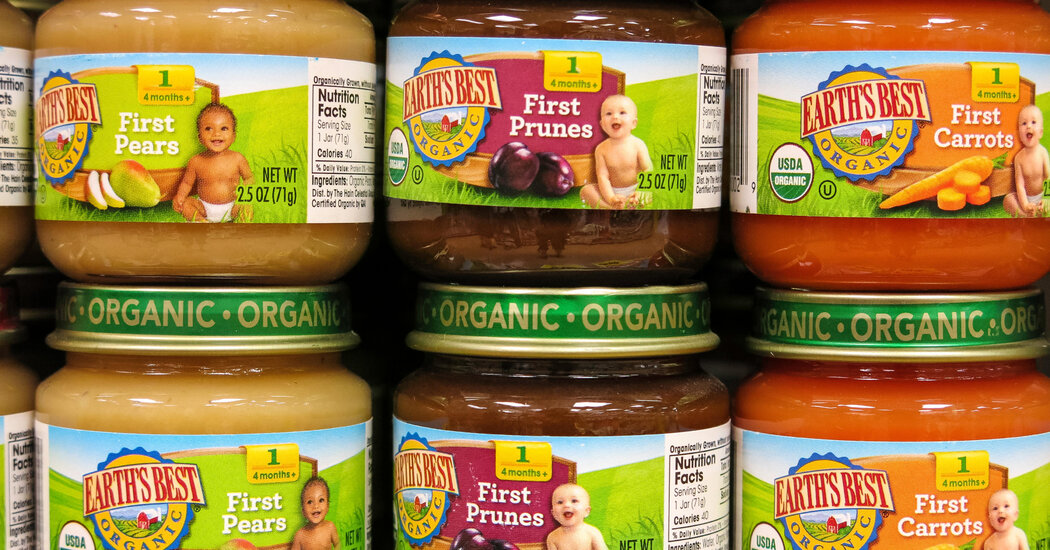 While heavy metals are naturally found in some grains and vegetables, levels can be increased when food manufacturers add other ingredients to baby foods such as enzymes as well as high-metal vitamin and mineral mixtures, the report said. Manufacturers rarely test ingredients for mercury.

On August 1, 2019, investigators also described a so-called “secret” presentation by the industry to the FDA. Representatives from Hain told the regulatory authorities that testing only individual ingredients in baby food led to an underestimation of the heavy metal content in the end product.

For example, the inorganic arsenic in Hain’s finished baby formula was between 28 and 93 percent higher than estimated by testing the individual ingredients. Half of the brown rice products were over 100 parts per billion, according to the report.

Robin Shallow, a spokeswoman for Hain, said the company stopped using brown rice in rice grains in September 2020, despite brown rice being found in “very small amounts” in other products. As of January 2020, all of the company’s rice grain products contained less than 100 parts per billion of inorganic arsenic, she said.

She also denied characterizing the meeting with the FDA as secret, saying the goal was to discuss reducing metals in finished products.

Beech nut, which used ingredients high in arsenic to improve properties like “crumb smoothness” in some products, set very liberal thresholds for arsenic and cadmium in their additives, according to the report: 3,000 ppb cadmium in additives such as vitamin mix and 5,000 ppb lead in one Enzyme additive called BAN 800.

The company used cinnamon, which contained 886.9 ppb lead, according to the report. The company’s standards for cadmium and lead in additive ingredients “far exceed any existing legal standard,” investigators said. Other added spices such as oregano and cumin were also high in lead.