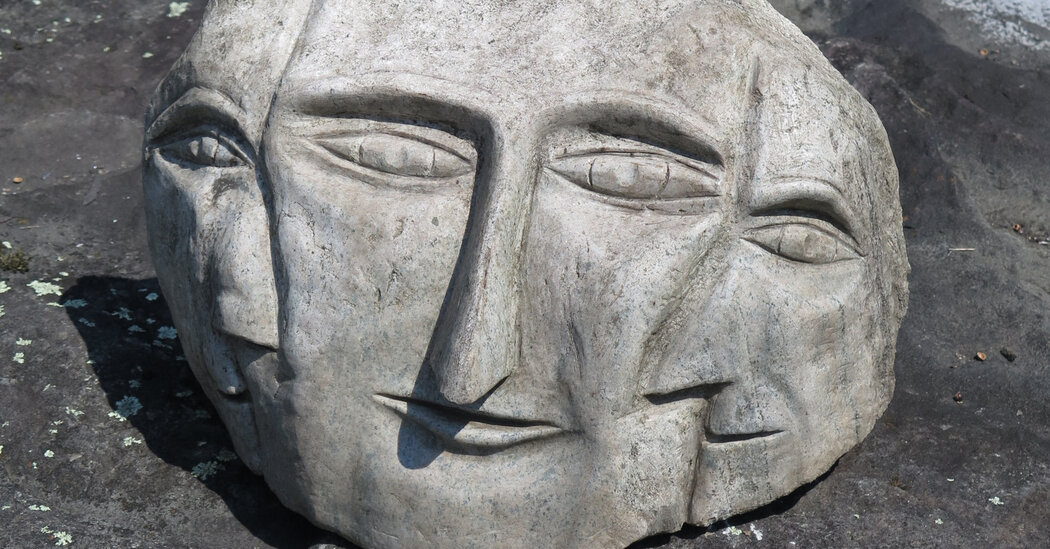 This year’s Outsider Art Fair in New York took the form of an online event with in-person exhibitions in a handful of galleries. Next year, this fair, which usually takes place at the end of January, will open at its usual location in Chelsea at the beginning of February.

Now the organizers of the fair have produced “Super-Rough”, a selection of around 200 sculptural works from an international list of Art Brut and Outsider artists, with Takashi Murakami as guest curator.

The exhibition, which opens on Wednesday at 150 Wooster Street in SoHo and runs through June 27, features an overview of welded metal, carved stone, embroidered fabrics and cut paper creations by nearly 60 artists.

The name “Super-Rough” alludes to the term “super flat” coined by Murakami, even if it has no allusion to the actual flatness and sometimes accentuated two-dimensionality of traditional Japanese art forms in the pictorial space. And as the title suggests, “Super-Rough” draws attention to the craftsmanship of self-taught sculptors.

Mixed media assemblage works by ACM (the artist Alfred Corinne Marié), Hawkins Bolden, Paul Amar and other autodidacts who work or have worked with found or discarded materials are also abundant. The art will come primarily from American and overseas dealers attending the New York Fair.

As for Murakami, in the past he has taken up and reworked stylistic phenomena in his own work, which is as colorful as it is subversive and takes up Japanese pop culture’s obsession with cuteness in cartoon character mascots, fashion or company logos. Today, Murakami pays tribute to an aesthetic journey that has taken him from a critique of sweet pop to an embrace of Art Brut and the acclaimed aura of authenticity in outsider art.

In a recent email interview written from his Tokyo studio, Murakami noted that as a university student, “I became aware of the art of outsiders when I saw an exhibition at the Setagaya Art Museum.” This 1993 Tokyo exhibition, entitled “Parallel Visions: Modern Artists and Outsider Art” had its origins in the Los Angeles County Museum of Art. In 2011 Murakami saw an exhibition by the American outsider artist Henry Darger, also in Tokyo. It was organized by Yukiko Koide, a Tokyo-based dealer who specializes in so-called Japanese Art Brut. She provided several works for “Super-Rough”.

Murakami later acquired his own Darger and mysterious ink-on-paper drawings by the contemporary Japanese Art Brut maker Monma. He explained, “In owning such works myself, I have been greatly influenced by the beauty and tension that exist in the gap between freedom and limitation at the moment of artistic creation.”

“Super-Rough” encompasses such diverse treatments for sculptural materials as the metal deities of the Brazilian blacksmith José Adario dos Santos with threatening trident; New York state woodworker John Byam’s tank, rocket ship, and other items made from bits of wood, sawdust, and glue; the tall, elegant faces of the Polish-American Ted Ludwiczak, carved in stone, brought from the Hudson River; and painted wooden figures of the Frenchman Roger Chomeaux, known as Chomo, who lived in an art setting southeast of Paris.

Of particular interest from Japan are the unglazed ceramic figures by Kazumi Kamae with their diverse faces and spiky surfaces; Yumiko Kawai’s bulbous, breast-like mounds made of fabric and embroidery thread; and Yuki Fujioka’s carefully scissor-cut scraps of paper, whose delicate, wavy fringes just prevent these objects from lying super flat.

Murakami also noted that he was fascinated by the way in which “outside artists’ thoughts and feelings flow through their pens and brushes” without the “fear” he feels when he thinks that one day his work “won’t more “could be accepted by the whole world.”

By participating in the presentation of “Super-Rough”, he wants to show the public that artists like him “have been heavily influenced by Art Brut artists”. Humble – and respectfully – he found that he felt related to them.

“I’m very happy that I can sit in the same circle among these artists,” said Murakami – a comment that many outsider art lovers find super cool.