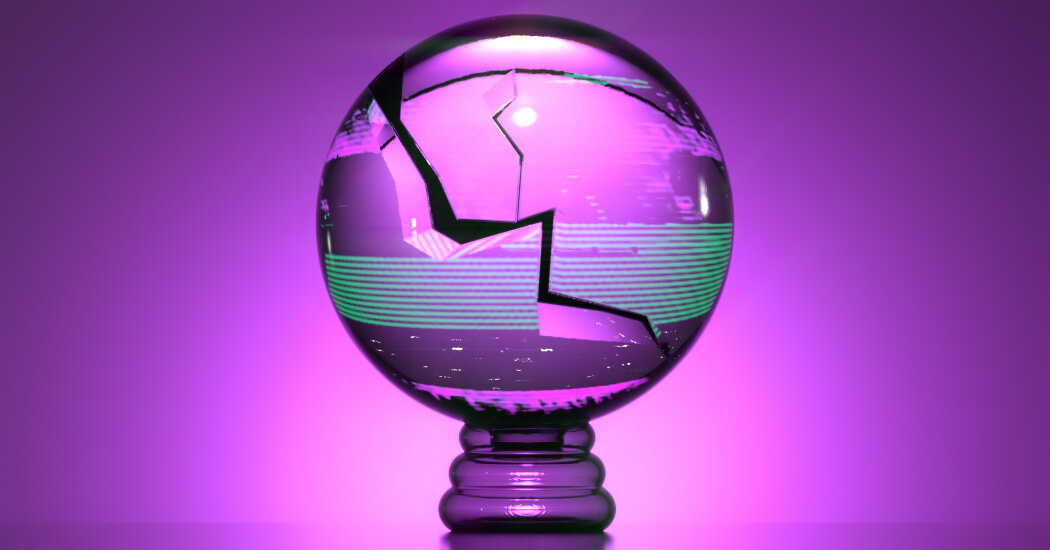 People who work in technology are often incredibly smart. However, that doesn’t necessarily make them accurate predictors of human and social behavior.

This week, Airbnb’s executive director said he thought more people would hop between multiple houses when the pandemic ends. Mark Zuckerberg spoke about his vision of people using protective glasses that read their minds. A co-founder of Stripe, the digital finance startup, spoke about a number of things, including labor productivity metrics and the need for improved medical technology.

These were thought-provoking ideas, and successful tech managers were very much right.

With technology becoming more intertwined in our lives and economies, and tech creators becoming celebrities on the red carpet, people want to know what technologists think about … everything: the future of cities, education, healthcare, work, and the world Surroundings. It makes sense. I also want to hear what you think.

Seeing the activity of millions or billions of people and companies gives technology companies insights that few others have. We want powerful business leaders to think about the world. And technologists can translate their beliefs into our reality.

But like all of us, technologists have blind spots and prejudices. They can misjudge topics or comment on topics they don’t really understand. And people are not always good at understanding people.

I fear the problem is that too often we associate running an innovative company with the ability to predict the future. And that can have real ramifications if we base politics and our lives on what they say.

One of the most blatant examples was Uber’s proclamation that it would help reduce traffic and pollution in large metropolitan areas and reduce the number of cars in the United States. In 2015, Uber’s co-founder Travis Kalanick described the future of his company as follows: “Fewer cars, less traffic jams, more parking spaces, less pollution and the creation of thousands of jobs.”

Research now shows that Uber and other on-demand driving services have largely done the opposite. They made traffic worse in many cities, contributed to an increase in the number of kilometers driven in the United States, and pulled people from joint transit to individual cars.

Perhaps Kalanick and others who supported Uber’s vision of a less car-related country meant it. Maybe they just wanted to make Uber sound virtuous.

What is more likely, however, is that technologists often fail to predict how people will react to what they create. Zuckerberg is now saying that he didn’t expect Facebook to empower authoritarians and incentivize the most radical voices.

Some of the same promises Uber made a few years ago are now coming from companies working on computerized cars, express trains, and other transportation innovations. I am happy about these ideas, but I am also aware of what happened to the original hope of the driving services.

This track record does not require cynicism, but rather healthy doubt and self-criticism. We need more questions, both from the tech companies and from the rest of us. We could start with: Why do you think that? What if you are wrong? What could you be missing?

It might also help if technologists respond with “I don’t know” when asked to weigh China’s gross domestic product.

Geopolitics under the sea

I wrote in Wednesday’s newsletter about the blurred line between countries’ desire for technological independence and protectionism. Now I want to connect to submarine cables. (As regular On Tech readers know, I love boring tech.)

Most of us will never see the cables that run under the oceans and seas, but a few hundred of these pipelines move almost all international internet and phone traffic around the world.

That makes the people and companies that control the undersea cables the masters of the internet. They have throttling points that could be used to spy on what is going on online or to cut off a country from large parts of the internet.

With that power, these blunt fiber clusters are of great concern to governments.

You can see this fighting over a new underwater internet cable called Peace, which snakes its way from China to Pakistan and then underwater around Africa to France.

This cable is being built by Chinese companies, and US security officials fear that the Chinese government could use the peace to sabotage or monitor it. France says the underwater link will help its economy and that it is halfway between its American allies and China.

The Wall Street Journal also reported Wednesday that a Facebook-led group dropped its plans to build a new Internet cable between California and Hong Kong after months of pressure from US security officials. Again, officials fear a physical connection with Hong Kong – and China’s larger claim of control of the island – could pose a security risk.

The battles over submarine cables raise a messy question about technology in a broken world: is there a way to connect people without laying the groundwork for security threats? Shared internet infrastructure was vital to connecting the world, but it won’t work if countries don’t trust each other.

Sidney the seal was orphaned in California and now lives in an aquarium in Brooklyn. Sidney likes to play fetch!