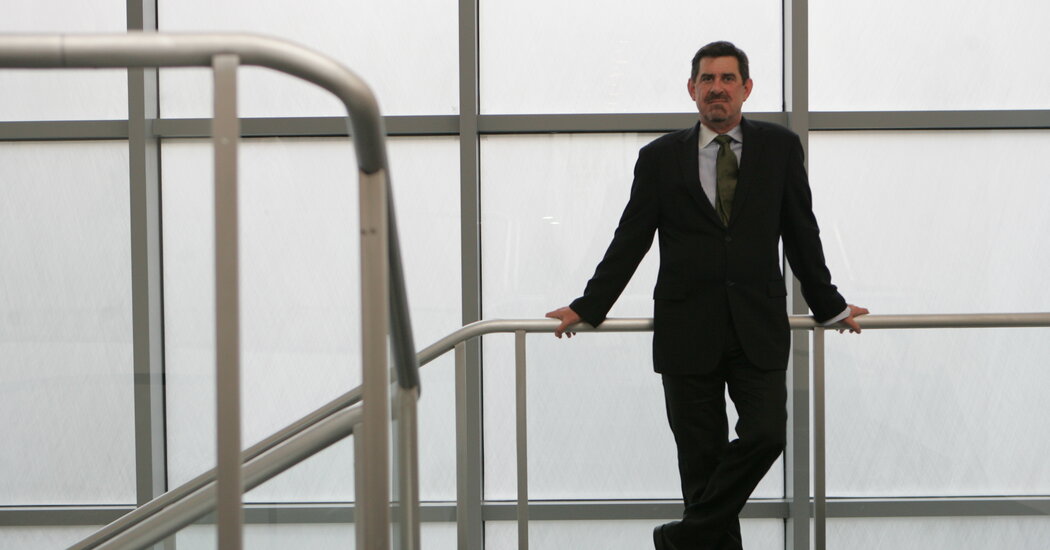 Terence Riley, who as architecture curator and museum director made a significant contribution to the realization of two of the most important works of museum architecture of the 21st century, died on Monday at his home in Miami. He was 66 years old.

His family said the death was sudden but did not disclose the cause.

As chief curator of architecture and design at the Museum of Modern Art, Riley helped select and guide Tokyo-based architect Yoshio Taniguchi in the $ 858 million expansion of MoMA, which was completed in 2004.

He later worked as director of the Pérez Art Museum Miami with Swiss architecture firm Herzog & de Meuron to create a new home for the museum, known for its design and its integration into its surroundings. In addition to his museum duties, Mr. Riley had an architectural practice founded in 1984 with John Keenen.

“He always impressed me with his wicked sense of humor and savage intelligence,” said Glenn D. Lowry, director of MoMA. “He seemed to remember details about every architect he’d ever spoken to.”

In his 15 years at MoMA, Mr. Riley curated shows about Frank Lloyd Wright and Mies van der Rohe that shed new light on these typical modern architects. He dealt with contemporary topics in several exhibitions: “The Un-Private House” (1999), “Light Construction” (1995) and “Tall Buildings” (2004) and attracted architects like Kazuo Sejima, Toyo Ito and Jeanne Gang attentive were not yet known.

As MoMA continued its massive expansion in the early 2000s, Mr. Riley asked 10 international architects of widely differing fame and spirit to create sketchbook designs which he then exhibited in the museum. Among those invited was Mr. Taniguchi, an architect little known outside of his native Japan. Mr Riley urged the museum to accept his design, which transformed the daunting tangle of additions to the museum house, originally built in 1939, into one cohesive whole.

Mr. Riley’s role in the project, Mr. Lowry said, “was to talk to the curators about their ideas and find the right language for Yoshio to understand what they meant.”

With overlapping panels of silver aluminum, black granite, and glass, the new MoMA opened in 2004, adding 252,000 square feet for a total of 630,000, all wrapped around a soaring atrium. The larger and more spacious galleries enabled a refreshingly varied montage of art, more visual space for each piece and more space for the ever-growing number of visitors.

Nicolai Ouroussoff, who reviewed the building in the New York Times, called it “one of the most exquisite works of architecture that has been created in this city in at least a generation” and “an almost perfect example of how architecture can be powerful without compromising on it compete the art that it encompasses. “

Terence Riley was born on November 6, 1954 in Elgin, Illinois, to Philip and Mary Jo (Lundberg) Riley. His mother was a housewife; his father ran a printing company. Terence earned a Bachelor of Architecture from the University of Notre Dame and a Masters of Science in Architecture and Urban Planning from Columbia University.

He is survived by two brothers, Dennis and Brian.

Mr. Riley’s curatorial work began when he was selected to direct the Arthur Ross Gallery in Columbia, an exhibition space dedicated to architecture. His work there caught the attention of Philip Johnson, who founded the architecture division of the Museum of Modern Art. Mr. Riley was inducted into the department and became chief curator of architecture and design in 1991.

Later in his tenure, he helped launch the MoMA / PS 1 Young Architects Program, which featured architects of early careers. With small grants, the selected architects created an impressive setting in the courtyard of the PS 1 Center for Contemporary Art in Long Island City, Queens. The exposure and imprimatur of MoMA helped found influential companies like SHoP Architects and Workac.

“It was his most innovative brainchild,” said Barry Bergdoll, a professor of architectural history in Colombia who succeeded Riley as chief curator of architecture at MoMA.

Mr. Riley left MoMA in early 2006 to become director of the Miami Art Museum (later renamed Pérez Art Museum). He sharpened his profile with a number of well-received exhibits and embarked on an ambitious plan to build a new home for the museum next to Biscayne Bay. He brought in Herzog & de Meuron to design it.

“Jaques Herzog told me the real reason he wanted to do this museum was to work with Terry,” said Mary E. Frank, who was to become the museum’s chairman at the time.

The museum had to replenish public funding with more than $ 100 million in private gifts, but fundraising lagged, and the project took years. Eventually, Mr. Riley resigned in 2009 and returned to the Miami office he opened for his architectural practice.

The Miami Museum, priced at $ 220 million, opened in 2013. A design that is characterized by wide roof overhangs made of concrete beams, latticed with wood, on which long plant tubes are hung like soft curtains. The overhangs and plantings protect the publicly loved glass walls and outside decks from the scorching sun.

“The building never imposes itself on you,” he said. “It’s not a museum where you stand 56 inches from a painting and just appreciate it. He envisioned a constantly active institution, a community center connected to our daily environment. “

After Mr. Riley left the museum, he and Mr. Keenen continued to work on projects in Miami, including with developer Craig Robins who wanted to channel the energy of the Miami Art Basel art fairs. “Terry was the architect, but they were also an alliance planning together,” said Paola Antonelli, a senior curator at MoMA who was close to Mr. Riley.

Through his company Dacra, Mr. Robins transformed a neighborhood of anonymous product showrooms into the city’s design district, mixing artists with sparkling designer boutiques and restaurants. “He saw that art and design would be the new rock stars,” said Keenen.

Keenan / Riley’s most recent project for Mr. Robins was the museum garage, the facade of which is encased in lavish decorative work by architects curated by Mr. Riley.

“Terry loved design, but he also loved the often complicated process of building things,” said Keenen. “He had more patience than ever and the wits and skills of people to get things through.”