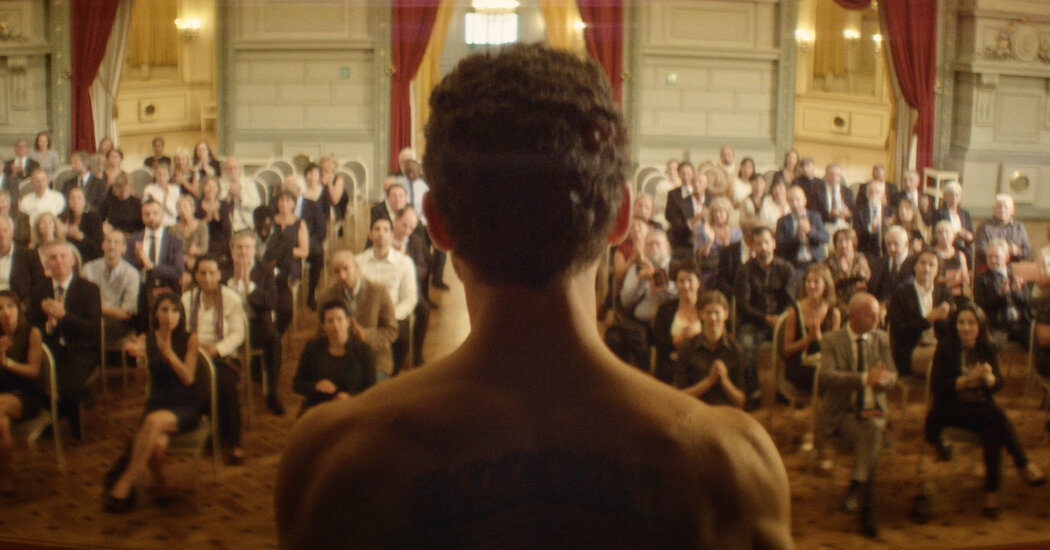 Art satire meets immigration drama in Kaouther Ben Hanias “The Man Who Sells His Skin” by the Tunisian director. Ben Hania uses a real-life chapter from the annals of the art world when Belgian artist Wim Delvoye tattooed a man’s back and then sold it as art. Sounds like a recipe for trouble – what about the person who is the canvas? – is right where the film lives and tells a prickly cautionary story about exploitation and marketing.

Sam Ali (Yahya Mahayni) is jailed after declaring his love for Abeer (Dea Liane) on a train in Syria. On his flight to Lebanon, he crosses paths with a high-flying artist, Jeffrey Godefroi (Koen De Bouw), who in exchange for Sam’s military service is offering legal transit to Europe in a bold project. To do this, Sam has to have his back tattooed with a Schengen visa and exhibited in museums. (Monica Bellucci lends a hand in hand as Jeffrey’s fashion associate.)

Sam skips on with Abeer, who is now in a parentally approved marriage to a diplomat, and her slender romantic thread pulls the story through Sam’s sometimes clumsy trials as a museum piece and occupant of a luxury hotel. His sense of being an eternal outsider, valued for everything but personality, expresses the dehumanizing elements of an immigrant experience.

The brilliantly shot film breaks Sam out of the gallery and drags through Hollywood-quality somersaults while telling stories (one of them is so violent it feels a little tasteless). But the story obviously hit a chord and received an Oscar nomination (like “The Square” before it) in the international feature film category.

The man who sold his skin
Not rated. Running time: 1 hour 44 minutes. In theaters. Please consult the Policies of the Centers for Disease Control and Prevention before viewing films in theaters.