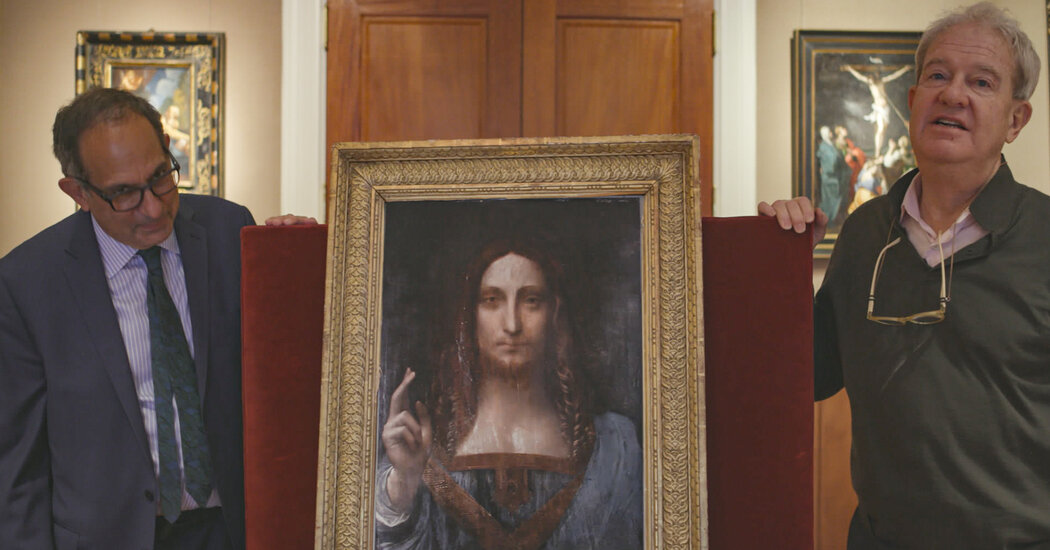 To paraphrase John Lennon, Leonardo da Vinci is a concept by which world civilization (as it is) measures artistic mastery.

The Lost Leonardo, a documentary by Danish filmmaker Andreas Koefoed, is a disturbing confirmation of this idea. It’s the story of how a painting bought for just over $ 1,000 was soon identified – if not fully authenticated – as Leonardo and eventually ended up in the hands of a Saudi oligarch who owned more than $ 400 million spent for it. Among other things, this image shows that a conventionally structured documentary film can grab the fascination and punch of a masterfully executed fictional thriller.

The global narrative begins with Alexander Parish, a self-proclaimed “sleeper hunter” – an art buyer looking for catalog errors – buying the painting “Salvator Mundi” from a New Orleans dealer. In collaboration with the renowned art historian and restorer Dianne Modestini, Parish and his financial partner Robert Simon discover that they have a Leonardo in their hands. And so the film changes from “The Art Game” to “The Money Game”.

Into this narrative, The Lost Leonardo weaves coherent mini-treatises on restoration, art dealers, free ports, the true nature of the auction business, and more. Art critic Jerry Saltz rumbles that the painting isn’t just not Leonardo, it’s rubbish. The writer Kenny Schachter expresses his doubts more thoughtfully and remorsefully. Footage of onlookers responding to the painting suggests that one can create a Pavlovian response to a work of art by simply referring to it as Leonardo. The film also features FBI and CIA characters, New York Times investigative journalists David Kirkpatrick and Leonardo DiCaprio.

It’s a dizzying story. And whether you think “Salvator Mundi” is a real Leonardo or not, it is ultimately a disgusting one.

The lost Leonardo
Rated PG-13 for speech. In English and French with subtitles. Running time: 1 hour 36 minutes. In theaters.