Home Science This Is as Near a Shark’s Intestines as You’ll Ever Hope to... 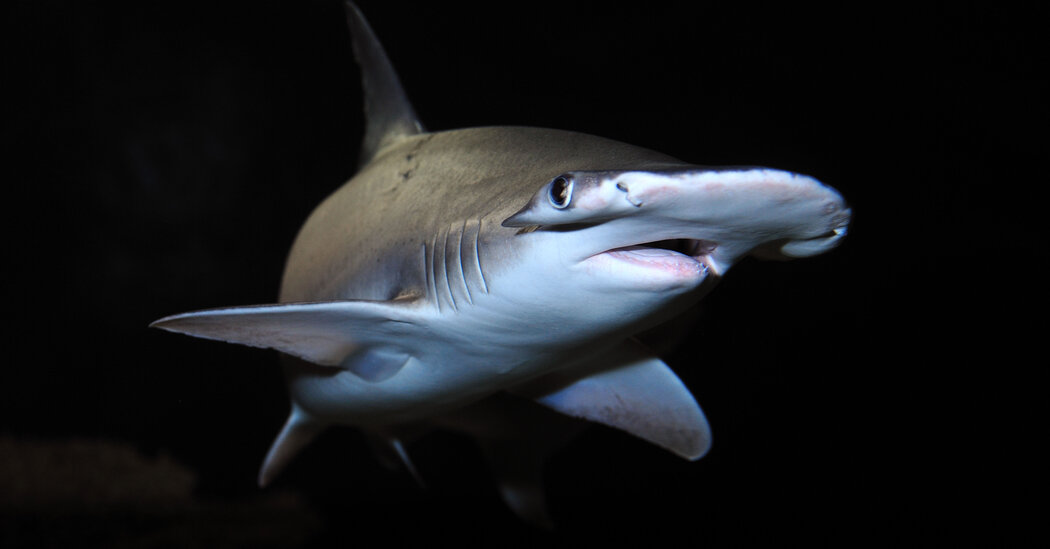 The inside of a shark is full of curiosities, starting with rows of hard-working teeth that can be replaced with fresh ones over the course of its life. But a little further down in the digestive tract – just before the end of the shark, in fact – lies another strange structure: the spiral-shaped intestine, a complicated staircase made of shark meat.

Scientists have speculated that sharks have intricately shaped intestines that slow digestion and swallow their prey to the last calorie. It may even be a reason why sharks can spend a long time between meals.

But on Wednesday, in the Proceedings of the Royal Society B, researchers published one of the most detailed glimpses of these spiral bowels yet, by pointing a CT scanner at them and revealing the complex internal geography of more than 20 species of shark. After filling the intestines with fluid, they also made a discovery: some of them function like natural versions of a valve that Nikola Tesla patented in 1920, always sucking fluid in one direction with no moving parts.

Samantha Leigh, assistant professor at California State University at Dominguez Hills who led the new study, said researchers studying the spiral intestine of sharks often refer to a series of anatomical drawings from 1885. Or they dissect the intestine itself and destroy the structural integrity of the organ in the service of closer inspection. In order to see the structures as a whole, she and her colleagues carefully removed the entrails of numerous species of shark and imaged them in a computer tomograph.

It didn’t seem to matter what a shark ate when it came to the shape of its intestines – crested sharks, which eat both plants and other animals, had snail intestines, as did carnivorous hammerhead sharks.

Then the researchers connected some spiral casings to tubing and watched a mixture of water and glycerin flow through them. They found that the fluid actually moved more slowly through the spiral than through a straight section of the shark’s intestine, which supports the idea that the spiral-shaped intestine helps sharks extend their digestive time.

However, they also found that the funnel bowels had a preferred direction of flow. Fluid entering at one end flowed much more slowly than fluid entering the other, which means that the bowel functions like a one-way street within the animal. In mammals, muscle contractions cause this effect. But in sharks, the structure of the gut itself can help.

In fact, the shape of the funnel intestine is reminiscent of the loops of the Tesla valve, a type of tube that the Serbian-American inventor patented.

“The purpose of the valve was to create one-way flow without the use of additional mechanical parts or energy,” said Dr. Leigh. “It seems to be very similar to the shape of these shark sleeves.”

Designs refined through eons of evolution can inspire engineers – for example, the manta ray’s spectacular unclogable filters can provide a way to sift out plastic pollution before it reaches waterways. In the case of shark casings, Dr. Leigh, who also studies the effects of microplastic pollution on fish, could provide more information about how the intestines work, possibly including filters.

“My hope is to find out what is good at promoting these particular morphologies, what they are good at filtering out,” said Dr. Leigh. Perhaps at some point shark casings could inspire tools to passively remove plastics from water, simply because of their construction.

Well being Care Unions Discover a Voice because the Pandemic Rages