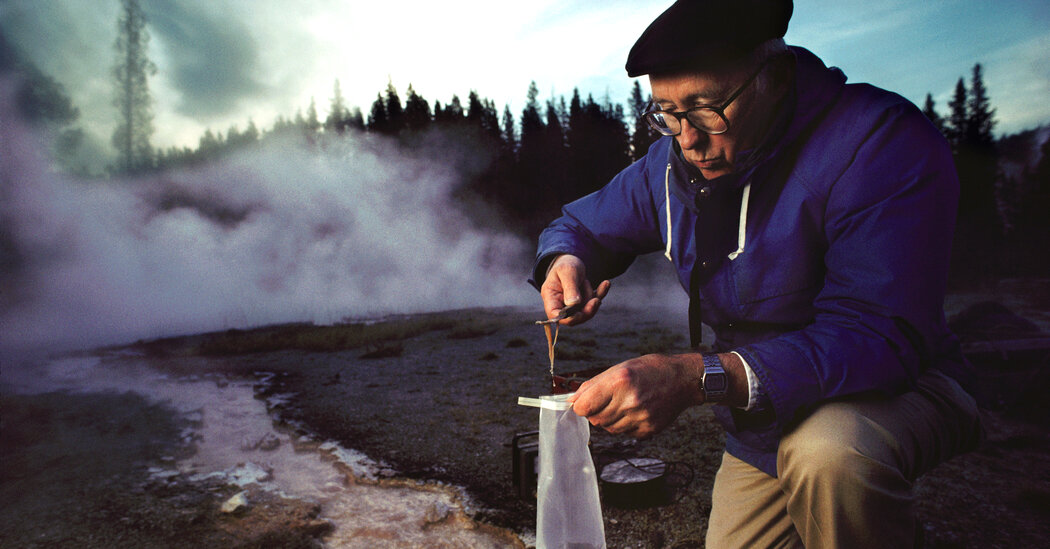 PCR technology, which requires cycles of extreme heating and cooling, can multiply small segments of DNA millions or even billions of times in a short period of time. It has proven crucial in many ways, including identifying DNA at a crime scene and, more recently, determining if someone has the coronavirus.

“PCR is fundamental to everything we do in molecular biology today,” said Yuka Manabe, professor of medicine in the Infectious Disease Department at Johns Hopkins University School of Medicine. “Mullis would not have been able to perform PCR without a rock-stable enzyme.”

Thomas Dale Brock was born in Cleveland on September 10, 1926. His father, Thomas, an engineer who ran a hospital boiler room, died when Tom was 15 years old, driving him and his mother, Helen (Ringwald) Brock, a nurse, into poverty. Tom, an only child, took jobs in stores to help her.

When he was a teenager, his interest in chemistry led him to set up a small lab with a friend in the attic of a barn behind his house in Chillicothe, Ohio, where he and his mother lived after his father died. The two friends experimented with explosives and toxic gases there.

After completing his training in the Navy’s electronics training program, Dr. Brock received three degrees from Ohio State University: a bachelor’s degree in botany, and a master’s and Ph.D. in mycology, the study of fungi.

Dr. Brock spent five years as a research microbiologist with the Upjohn Company before being hired as an assistant professor of biology at Western Reserve University (now Case Western Reserve University) in Cleveland. After two years he became a postdoctoral fellow at the university’s medical faculty. In 1960 he moved to the bacteriology department at Indiana University in Bloomington, where he taught medical microbiology.