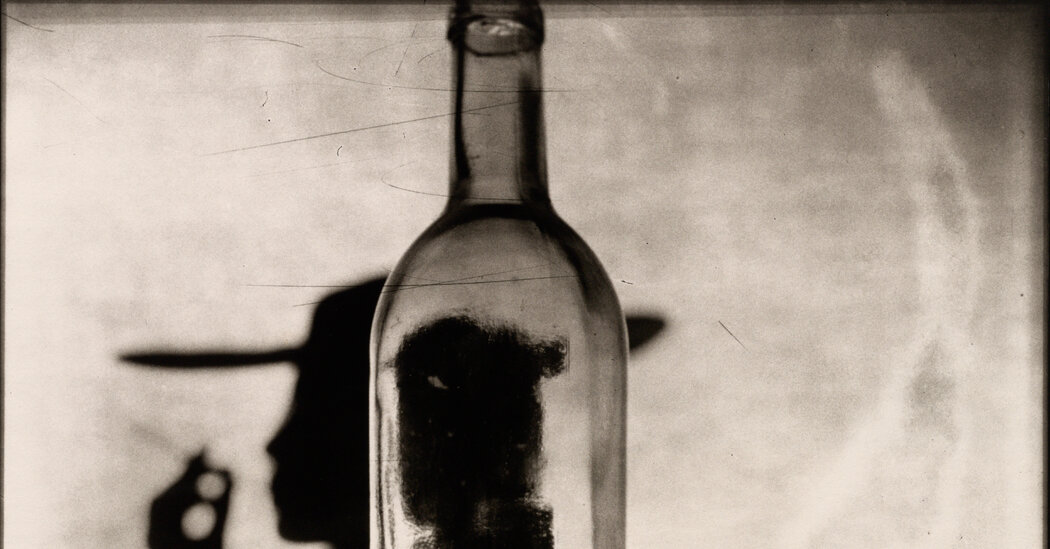 “Irving Penn: Photographism”, a themed show with two dozen photographs, sheds light on the distillation of Penn’s powerful, reduced style. The show’s opaque title comes from an unusually flat neologism coined by this extremely elegant photographer. Penn, who died in 2009, was a connoisseur of color and shape. Rather than looking for a questionable development chronologically (this precocious artist knew what he was doing very early on), the show is arranged in groups to juxtapose photographs that have variations of shapes or hues.

Penn went further than his pop artist contemporaries, who used the techniques of fashion illustration or poster painting to create works that were displayed in galleries. He never gave up his commercial clients and continued to serve advertising agencies and Vogue, while also taking photos of nudes, portraits and still lifes for the exhibition in the gallery. The same images can be displayed in both contexts. And unlike his main competitor Richard Avedon, despite his frequent complaints about reproducing magazine photos, he seemed comfortable and non-defensive on both worlds.

From the beginning he had a flair for graphic design. “Fish Made of Fish, New York”, which he constructed in 1939 by thinly shaping innumerable whitebaits, is as clean and clear as a woodcut. But in his youth he had other strings on his bow. The seductively beautiful “Girl Behind Bottle” (1949), a study of broken silhouettes, is as subtly graduated as a Conté colored pencil drawing by Seurat.

It took its step in the 50s and would keep it for half a century. In exquisite black and white and color prints, which he produced through innovative, careful processes, Penn portrayed his subjects with a cold and controlling eye. The shadows behind the stems of two ginkgo leaves could have been drawn in ink, the water pearls on two lily buds are razor-sharp. There was no fuzzy feeling. When he depicted a speckled pear, an overripe cheese and a black ant – a vanitas still life as used by 17th century Dutch painters to indicate the transience of life – he emptied the tableau of mystery and converted its components into Post to. Goods with an expiration date.

The building in Martha Diamond’s 1983 painting “Orange Light”, an anonymous hull near the Bowery Studio that she has lived in since 1969, is soot-gray and halfway simplified to abstraction. Set against a dense orange sky, it looks like a random swirl of ash in a supernatural forge. It’s only made up of straight lines and angles, but the brush strokes themselves are too slippery to lay evenly. And even though no bodies or faces are visible, it still feels inhabited. In its self-contained size and uncanny harmony, the piece is reminiscent of a Mondrian windmill.

In addition to “Orange Light” and three other spectacular cityscapes the size of skyscraper windows, “Martha Diamond: 1980-1989” includes two impressive large still lifes and 22 tiny Masonite studies. The studies are surprisingly extensive, showing a range of textures, compositional possibilities, and colors that are sheared off in the larger paintings. It’s also interesting to compare initial drafts with two of the final cityscapes. The small version of “Facade 1982” feels less successful than its full size simply because the colors are not quite as dreamy, while the miniature “Red Cityscape” Matches point by point, but feels drastically different at 9 inches high.

Even so, it’s the cityscapes that you will remember. Red lines, as wide as floorboards, swirl in “Red Cityscape” like crashing ice floes, while in “Facade 1982” lively yellow lines float against midnight blue.

Sculptor Fawn Krieger began conducting “experiments in the resistance” shortly after Donald J. Trump’s inauguration. She filled clay boxes with a mixture of concrete and epoxy and slowly pushed solid clay blocks into them. Then she let them dry.

At first I was puzzled by the word “resistance” I found in the press release of Krieger’s show “State of Matter” at the artist-run gallery Soloway. I understood it to mean that the stiffness of the concrete was a metaphor for the political resistance to Trumpism. And if that was the idea, it seemed pretty daunting as the concrete doesn’t accomplish much other than holding the unyielding blocks in place.

Or maybe the whole show, which includes dozens of Kriegers boxes in an extraordinary range of colors and configurations, is a demonstration of an artist’s strategy to protect her aesthetic life from the brutal cultural environment of the past four years. This reading is still strict, but at least a little more hopeful.

But neither idea really does justice to the visual delight of the show, with its overtones of chocolate samples and children’s toys and its luscious reminder that even the tightest of formal spaces offers endless freedom of movement. Now that we have had another presidential inauguration, I recommend simply embracing the joy.