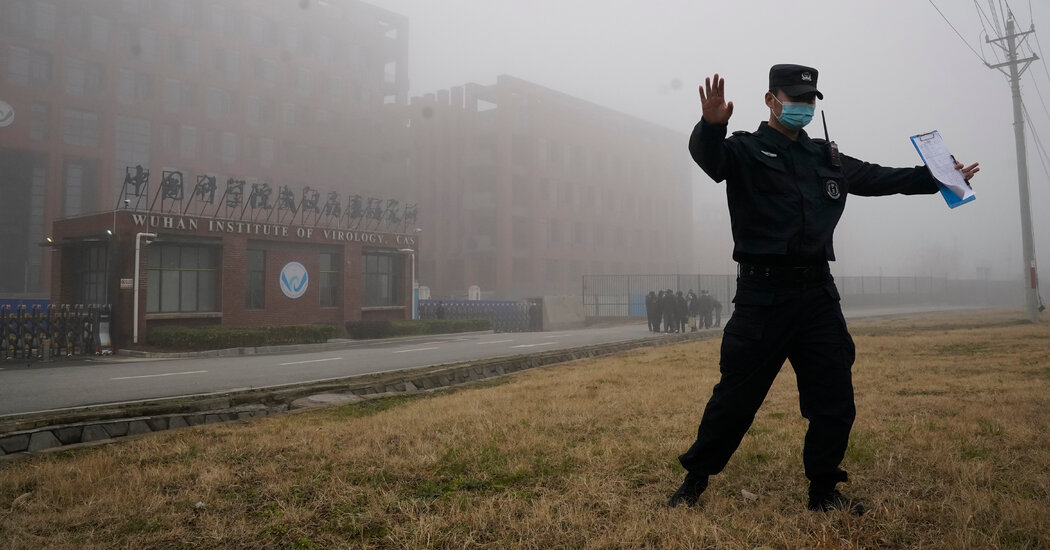 The Biden government once again asked for a closer look at the origins of the coronavirus this week, as the World Health Organization increased its criticism of an earlier report denying the possibility that it accidentally escaped from a Chinese laboratory.

The calls from leading American health officials were the latest in a string of calls by the White House over the past few months that such an investigation should be free from Chinese interference. However, they attracted additional attention as some scientists have expressed a new openness to the idea of ​​a laboratory accident and the WHO has grappled with how to respond.

U.S. Secretary of Health, Xavier Becerra, said at an annual WHO meeting Tuesday that preparing for the next pandemic required a deeper investigation into the origins of that pandemic.

“The second phase of the Covid origins study must be started with transparent, scientifically sound guidelines that give international experts the independence to fully assess the source of the virus and the early days of the outbreak,” said Becerra.

Andy Slavitt, one of President Biden’s top coronavirus advisors, was more explicit in his criticism of the WHO and China. A joint investigation between the WHO and China, the results of which were published in March, dismissed the possibility that the virus had accidentally emerged from a laboratory as “extremely unlikely”.

“We have to get to the bottom of this and we need a completely transparent process from China,” Slavitt told reporters on Tuesday. “We need WHO to help on this matter. We don’t feel like we have that now. “

Suggestions that the coronavirus could have accidentally been transmitted from a laboratory in the Chinese city of Wuhan in late 2019 were largely drowned out by scientists last year about the likely path from an animal host to humans in a natural setting.

Many scientists believe that what is known as a spillover event remains the most plausible explanation for the pandemic. However, the joint WHO-China investigation did not resolve the matter: the Chinese government repeatedly tried to bend the investigation to their advantage, and Chinese scientists provided all of the research data used in the final report.

Dr. Francis Collins, director of the National Institutes of Health, criticized the report when he testified to Senate lawmakers on Wednesday about the agency’s budget.

“It is very likely that this is a virus that originated naturally. However, we cannot rule out the possibility of a laboratory accident. For this reason, we have strongly advocated that after the first phase of its investigation, the WHO should try again to really not please anyone, ”said Dr. Collins. “And this time, we need a really knowledgeable, unrestricted collection of information. Most of the time, we’ll really find out what happened.”

Dr. Anthony S. Fauci, the nation’s leading expert on infectious diseases, concurred with his earlier comments, agreeing that the virus was “most likely” to occur naturally. “But nobody knows 100 percent,” he said at the same hearing. “And since there is a lot of concern and speculation and nobody knows for sure, I believe we need the kind of investigation that has open transparency.”

In early March, a small group of scientists called the Paris Group published an open letter requesting an investigation separate from the team of independent experts sent to China as part of the WHO investigation.

This month, a group of 18 scientists said in a letter published in Science magazine that there isn’t enough evidence to decide whether a natural origin or an accidental laboratory leak caused the Covid-19 pandemic.

After the results of the joint China-WHO study were published in March, WHO Director Dr. Tedros Adhanom Ghebreyesus, suggested that laboratory leak theory requires further investigation, and said he did not think “this assessment was extensive enough.”

Countries like Australia, Germany and Japan continued the WHO meeting this week to call for firmer steps for a broader investigation.

A Covid Take a look at as Straightforward as Respiration