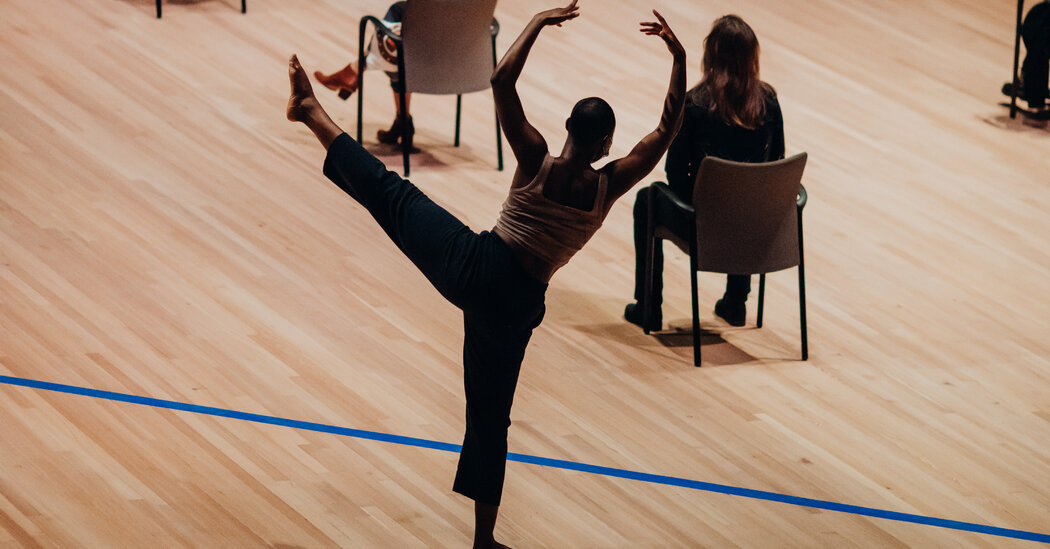 It was one of the most famous experiments to bring indoor live performances back to New York City.

The Park Avenue Armory decided to use the cavernous, flexible space of their 55,000 square foot drilling hall to hold a short season called the Social Distance Hall. It received permission from state health officials to re-invite an extremely limited audience and planned to do all rapid tests for the coronavirus. To kick off, one of the great choreographers of the day, Bill T. Jones, turned to “Afterwardsness,” a new piece that explores the coronavirus pandemic and violence against blacks.

However, the highly anticipated performances, due to begin Wednesday for a sold out seven-day run, had to be postponed after several members of the Bill T. Jones / Arnie Zane Company, Rebecca Robertson, tested positive for the virus, president and executive producer of the Armory said on Saturday in an email to ticket holders.

“While this is very disappointing to the artists, the armory and our audiences, this shift is a necessary part of the process of collectively returning to personal appearances in a responsible and safe manner,” she added.

Kyle Maude, director of production for the Bill T. Jones / Arnie Zane Company, said three members of the company who had received a rapid antigen test tested positive on Thursday and that those results were later confirmed when they became more reliable in PCR -Test for which the results came back on Saturday.

The scheduled opening in March had brought the Armory ahead of the April 2nd opening date announced by Governor Andrew M. Cuomo for reduced-capacity performances in New York, but state officials had agreed to the early opening. Robertson told the New York Times earlier this month that the decision was made in part because the armory had tested its security procedures back in October when Afterwardsness was filmed in front of a live audience of volunteers in their drill hall.

The armory, whose spacious drilling hall holds a huge volume of air, seemed an ideal place to experiment with indoor performance. The plan was to limit the audience to 100, which is only about 10 percent of the capacity of the hall, and to accommodate people at a distance of at least two meters. A number of precautionary measures are in place for the spring season, including masks, quick on-site tests for all spectators, electronic ticketing and temperature checks.

The armory announced that all ticket holders for “Afterwardsness” would be reimbursed and that they would have early access to book tickets for the newly planned performances when dates are announced.

“Afterwardsness” should be “Social! the Social Distance Dance Club ”, conceived by the choreographer Steven Hoggett, the set designer Christine Jones and the musician David Byrne. Dates for this will be announced shortly, said the armory.