Home Home Was This Picasso Misplaced Due to the Nazis? Heirs and Bavaria Disagree. 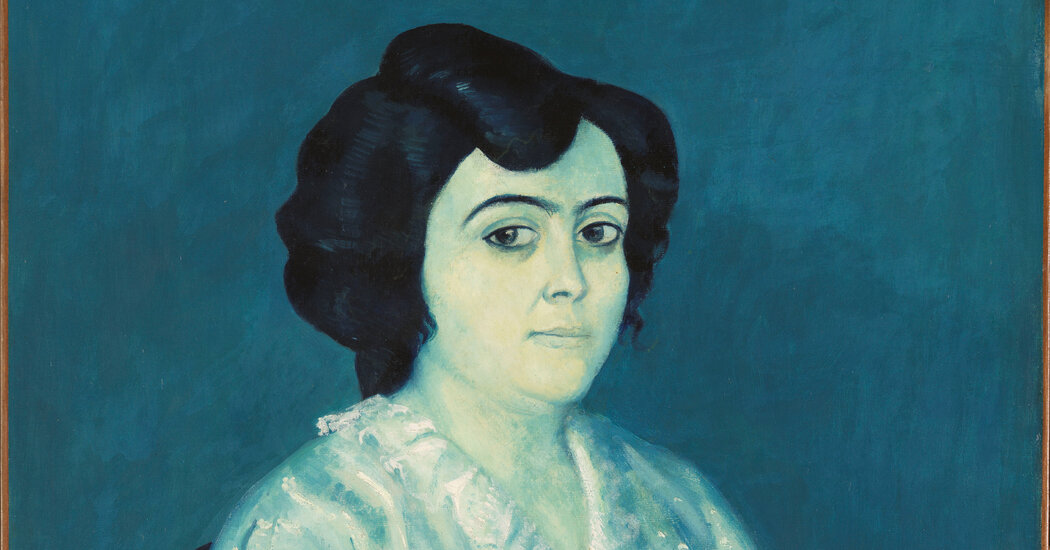 BERLIN – Almost two decades ago, Germany set up a national commission to settle disputes about stolen or sold art during the Nazi era. The opinions of the advisory commission are not binding, but their recommendations were routinely followed and around 20 works of art were returned to the heirs of victims of the Third Reich.

But now the Bavarian State Painting Collections in the possession of the Free State of Bavaria refused to refer the case of Picasso to the commission, a break with the tradition criticized by the federal government and a warning from the chairman of the advisory commission himself.

“It is simply inexplicable that the state rejects a mediation mechanism that it has set up itself,” said Hans-Jürgen Papier, chairman of the commission and former president of the Federal Constitutional Court.

Critics of the decision say that regardless of the legitimacy of a particular claim, the 16 German federal states should respect the authority of the body they set up with the federal government in 2003 after Germany endorsed the Washington Principles, a 1998 international agreement that “justified “Calls for and fair” answers to allegations resulting from behavior during the Nazi era.

“Regardless of the individual case, the approval of the commission should go without saying,” said Ulf Bischof, the Berlin lawyer for the heirs of the Jewish banker Paul von Mendelssohn-Bartholdy, who once owned Picasso. “The historical context and the requirements for fairness and respect demand so much.”

For a total of 20 works of art – most recently on May 31 – officials of the Bavarian collections – often on the basis of their own provenance research – carried out restitutions without the intervention of the commission. In three cases there were disagreements, they agreed to the involvement of the advisory commission. But in this case they said that the painting “Portrait of Madame Soler”, dated 1903, was not sold due to Nazi persecution, a position the heirs deny.

The painting shows the wife of a tailor who made friends with Picasso in Barcelona and supported the artist through troubled times with commissions for clothes and cash. It is one of five Picasso works that the Mendelssohn-Bartholdy family sold to the Berlin art dealer Justin K. Thannhauser in 1934 and 1935.

The Bavarian State Painting Collections bought the painting from Thannhauser in 1964. This institution and the Bavarian government state that, in their opinion, the family did not sell “Portrait of Madame Soler” due to Nazi persecution and that the case has been closed.

The heirs argue that Mendelssohn-Bartholdy sold the work under duress. They also say that the current owner of a disputed work should not be the sole judge of a claim, and they want the matter to be considered by the Advisory Committee that was set up specifically to resolve such disputes.

Although the Commission is seen as the national court for such matters, it can only act as an arbitrator with the consent of both parties.

Federal Minister of Culture Monika Grütters said she expected all German museums to refer cases to the committee if the heirs request it, according to a letter she sent to the Mendelssohn-Bartholdy heirs in December 2016. Your ministry recently reiterated this position in an email.

However, the ministry stated that the decision, according to Germany’s federal structure, rests with the federal states.

Bavaria had previously refused to refer a case to the Commission. It was about six works by Max Beckmann that were claimed by the heirs of the art dealer Alfred Flechtheim. However, this dispute arose in 2013, before the minister of education had made it clear that she expected all state-funded museums to submit cases to the commission.

“I have absolutely no understanding that some publicly funded institutions refuse to refer cases to the advisory commission,” said Grütters in 2018 at a conference to mark the 20th anniversary of the Washington Principles.

Papier, the chairman of the commission, dismissed Bavaria’s view that the claim was unfounded as “irrelevant” and said it was up to the commission to assess such cases, not the owner of a controversial work of art. Bavaria’s resistance to referring the case to the panel “must leave the impression that there is no will or no suitable means to deal with historical injustice in Germany,” he said in an email.

He has discussed the case with the Bavarian Minister of Culture in recent months and has drawn the attention of Prime Minister Markus Söder to it. But the state government remains steadfast. Bavaria considers the advisory commission in the dispute with the heirs to be “not a suitable means of final legal peace” because the painting was not lost as a result of Nazi persecution, said the state’s Ministry of Culture in an email.

Paul von Mendelssohn-Bartholdy was a relative of the famous composer Felix Mendelssohn and the Enlightenment philosopher Moses Mendelssohn. When he sold the pictures to Thannhauser, he had suffered considerable financial damage from the Nazis, according to the heirs. In 1933 he was dismissed from the Central Association of German Banks and Bankers and in 1934 from the board of the Reich Insurance Office. He died in 1935.

The heirs, including the German historian and political scientist Julius H. Schoeps, first asked Bavaria in 2010 to refer the case to the advisory commission. When Bavaria refused, they filed a lawsuit in the United States. The case was finally dismissed in 2016 by the Supreme Court, which upheld the decision of the District Court for the Southern District of New York that Bavaria was entitled to sovereign immunity and that there was no basis for a trial in the United States.

But over the past 12 years other institutions have agreed to either return or compensate the four other Picassos that the Mendelssohn-Bartholdy family sold to Thannhauser under identical circumstances. In 2009 the Solomon R. Guggenheim Foundation agreed on “Le Moulin de la Galette” and the Museum of Modern Art in New York on “Boy Leading a Horse”. The museums had previously attempted to fend off what they believed were “baseless” by seeking a judicial statement confirming their ownership. The final terms of the settlements were not disclosed, although both works of art remained in the museum collections.

Later that year, the heirs and the Andrew Lloyd Webber Foundation agreed on the 1903 Portrait of Angel Fernandez de Soto, also known as “The Absinthe Drinker,” which the Foundation acquired at auction in 1995 and sold for US $ 51.8 in 2010 -Dollar had sold millions in commission at Christie’s in London.

And just last year the National Gallery in Washington announced that it would return a pastel “woman’s head” to Mendelssohn-Bartholdy’s heirs. The museum’s rationale for transferring ownership of the artwork was “to avoid the heavy toll of litigation.” The decision is “no recognition of the merits or the validity of the claims asserted”.

The family’s only unsolved Picasso claim relates to “Portrait of Madame Soler”. The advisory commission, which is not a court, is the only legal remedy for the heirs in Germany, where lawsuits for the exploitation of Nazi-looted art are rarely successful due to limitation periods and other legal hurdles.

This is not the first time the Commission’s limited powers have been tested. In another recent case, a foundation in Bavaria refused to pay the heirs of a Jewish music dealer a compensation recommended by the committee for a valuable violin from the Nazi era. After the New York Times and German media reported on the case, the foundation agreed to the payment.

The difference to “Portrait of Madame Soler” is that this time the state itself opposes the authority of the advisory commission, said Bishop.

“If Bavaria gets away with it, priority is given and the commission is just a platform for brokering smaller works where it may seem opportunistic to agree to a hearing because the result doesn’t matter,” he said.

Reconstructing the Neighborhood Burned within the Tulsa Bloodbath

McDonald’s will launch its loyalty program nationwide in July