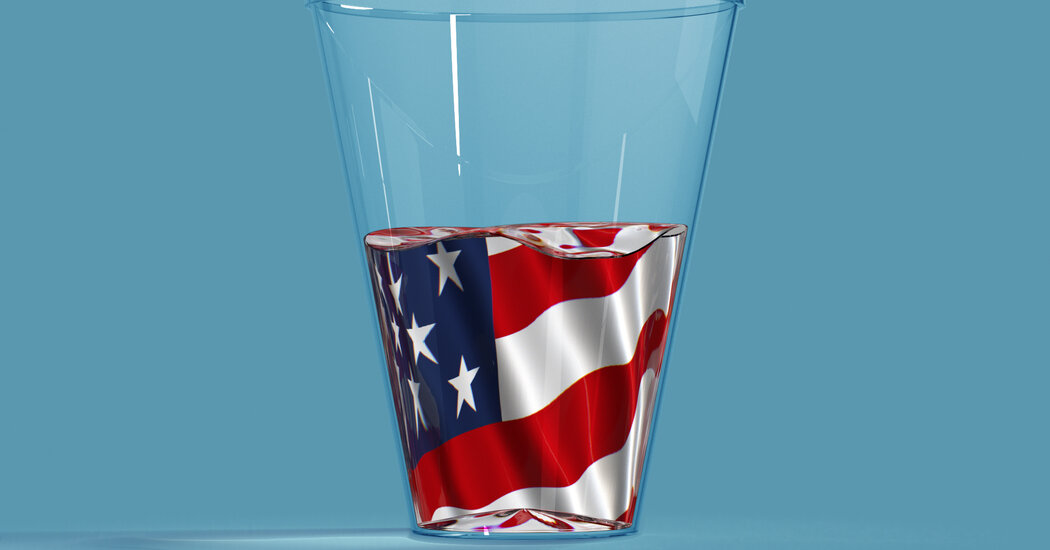 A lot went wrong after the 2020 US elections. But one thing went right: a risk everyone was concerned about – interference in foreign elections – has largely failed.

This has shown what is possible when government officials and tech companies focus on a problem, coordinate effectively, and learn from their past mistakes.

But the false narrative that the election was stolen and culminated in a mob attack on the U.S. Capitol also pointed to the limits of those efforts. The Russians or the Chinese did not de-legitimize our choice. We did it to ourselves.

Today I want to explore the half full glass view. The largely averted risk of interference in foreign elections was a success that should not be overlooked.

What went wrong the last time?

First, let me remind you what happened in the 2016 elections. Russian hackers stole documents from the Democratic National Committee and tried to deal with the infrastructure of the state elections. Digital propagandists supported by the Russian government also fanned out information on Facebook, Instagram, YouTube, and elsewhere that aimed to undermine people’s trust in votes or spark social divisions.

Powerful American institutions – especially local, state, and federal government officials and large Internet companies – were slow to address the problem or had initially dismissed it. The effects of hacking and trolling weren’t clear, but the concern was that foreign governments would regularly try to disrupt the US elections, and that doing so would contribute to Americans no longer trusting our systems and each other.

Some foreign governments, including Russia and Iran, tried again to disrupt our elections, but for the most part it didn’t work. The same US institutions and digital defenses that had failed four years earlier were largely strong this time around.

“The progress made between 2016 and 2020 has been remarkable,” said Camille François, Chief Innovation Officer at Graphika, a company that analyzes social media manipulation.

What has changed in government and technology?

An important change after 2016 was that government officials, as well as state and local officials conducting elections, have overcome initial suspicions in order to work together more effectively on threats to vote. Matt Masterson, who until recently served as senior election security advisor to the Department of Homeland Security, said the coordination was the biggest change that has helped strengthen digital defense in election management systems.

“This is as good as, in my experience, the federal government has worked on any subject,” said Masterson.

He also paid tribute to efforts in states, particularly Georgia, to create paper traces of ballot papers that could be quickly checked and provided more insight into the counting process to increase people’s confidence in the election process.

The tech companies, said François, switched to recognize their blind spots. For the first time, online powers like Facebook wrote guidelines specifically addressing interference by foreign governments and mandated those responsible to stop it. They also made it difficult for foreign trolls to use some of their 2016 tactics, such as buying online advertisements, to spread divisive messages widely.

Cooperation between government and technology companies also improved. There were regular meetings between large Internet companies and the federal officials responsible for election protection to exchange information. And internet companies began to inform the public when the US government warned them of foreign interference on their websites.

Both François and Masterson said an “aha” moment came in response to Iran’s efforts to intimidate voters in the fall. National security officials said at the time that Iran had obtained voter registration data from some Americans, most of which was publicly available, to broadcast misleading messages threatening voters.

By being ready for such threats, officials were able to link the intimidation of voters in multiple states, identify the source of the threatening messages, inform election officials across the country, and tell voters what was happening – all in about a day.

While internet companies and the U.S. government caught up with the kind of interference they faced in 2016, they failed to rise to the even more difficult challenge of a presidential-led campaign to challenge the electoral process despite the lack of evidence to pull. And foreign cyber attacks and online propaganda efforts certainly haven’t stopped.

But it could have been a lot worse. Much went right in the elections because powerful institutions took the risk of hacking and trolling abroad seriously and rose to the challenge. This is a hopeful lesson for future elections, the pandemic and other crises.

A train of ducks meanders through an opening in half-frozen water.