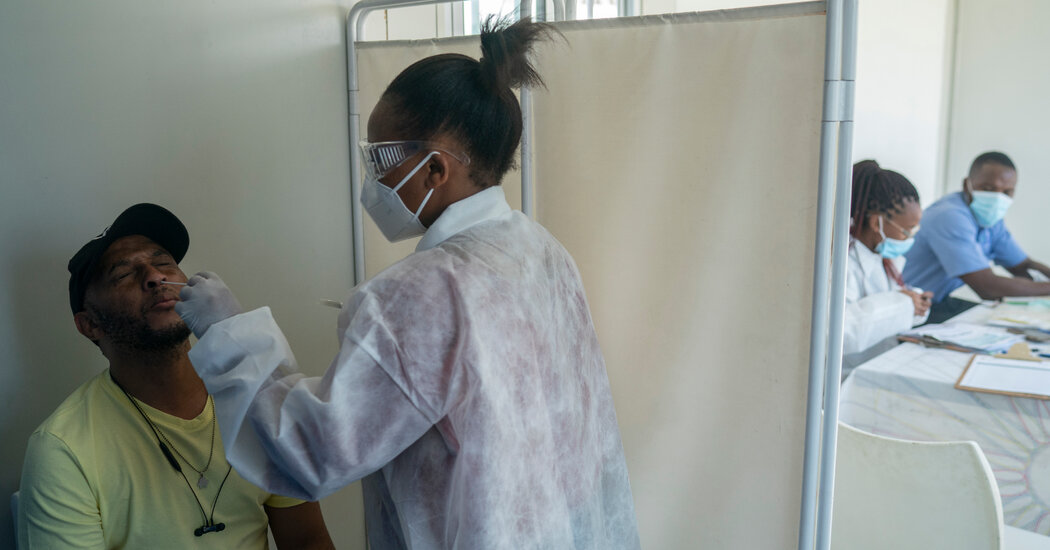 Those were the charming names that scientists had suggested for a new variant of the coronavirus identified in South Africa. The intertwined sequences of letters, numbers, and dots are of great importance to the scientists who developed them, but how is anyone else going to keep them straight? Even the easiest to remember B.1.351 refers to a completely different lineage of the virus if a single point is overlooked or misplaced.

Virus naming conventions were fine as long as variants remained esoteric research topics. But they are now the source of fear for billions of people. They need names that roll off the tongue without stigmatizing the people or places associated with them.

“What is challenging is to develop names that are unique, informative, without geographical references, and pronounced and memorable,” said Emma Hodcroft, molecular epidemiologist at the University of Bern in Switzerland. “It sounds a bit simple, but it really is a big question to convey all of this information.”

She and other experts said the solution was to develop a single system that anyone could use, but link it to the more technical ones that scientists rely on. The World Health Organization has set up a working group of a few dozen experts to find an easy and scalable way to achieve this.

“This new system will give worrying variants a name that is easy to pronounce and retrieve, and will minimize unnecessary negative effects on nations, economies and people,” the WHO said in a statement. “The proposal for this mechanism is currently undergoing internal and external partner review prior to its completion.”

The WHO’s leading candidate to date is disarmingly simple, according to two members of the working group: numbering the variants in the order in which they were identified – V1, V2, V3, etc.

“There are thousands and thousands of variants and we need a way to label them,” said Trevor Bedford, evolutionary biologist at the Fred Hutchinson Cancer Research Center in Seattle and a member of the research group.

Naming diseases has not always been that complicated. Syphilis, for example, comes from a poem from 1530 in which a shepherd, Syphilus, is cursed by the god Apollo. However, the compound microscope, invented around 1600, opened up a hidden world of microbes that allowed scientists to name them by their shapes, said Richard Barnett, a science historian in the UK.

Nevertheless, racism and imperialism infiltrated disease names. In the 1800s, as cholera spread from the Indian subcontinent to Europe, British newspapers called it “Indian Cholera” and depicted the disease as a figure in a turban and robes.

In 2015, WHO published best practices for disease naming: avoidance of geographic locations or names of people, animal or food species, and terms that create inappropriate fear, such as “fatal” and “epidemic”.

Scientists rely on at least three competing systems of nomenclature – Gisaid, Pango, and Nextstrain – each of which makes sense in its own world.

“You can’t track anything you can’t name,” said Oliver Pybus, an Oxford evolutionary biologist who helped design the Pango system.

Scientists name variants when changes in the genome coincide with new outbreaks, but they only draw attention to them when their behavior changes – for example if they are more easily transmitted (B.1.1.7, the variant first observed in the UK)) or if they at least partially bypass the immune response (B.1.351, the variant proven in South Africa).

Indications of the origin of the variant are coded in the mixed up letters and numbers: For example, the “B.1” indicates that these variants are related to the outbreak in Italy last spring. (As soon as the hierarchy of variants becomes too deep to accommodate another number and point, newer variants are given the next letter available alphabetically.)

However, when scientists announced that a variant called B.1.315 – two digits away from the variant first seen in South Africa – was spreading in the US, the South African Minister of Health was “quite confused between this and B.1.351 “Said Tulio de Oliveira, geneticist at the Nelson Mandela School of Medicine in Durban and a member of the WHO working group.

“We have to develop a system that not only evolutionary biologists can understand,” he said.

Since there are no easy alternatives, people have referred to B.1.351 as “the South African variant”. But Dr. de Oliveira asked his colleagues to avoid the term. (Look no further than the origins of this virus: call it the “China Virus” or the “Wuhan Virus”, which is causing xenophobia and aggression against people of East Asian origin worldwide.)

So serious is the potential harm that some countries have been discouraged from reporting if a new pathogen is discovered within their borders. Geographical names are also quickly becoming obsolete: B.1.351 is now represented in 48 countries, so calling it a South African variant is absurd, added Dr. de Oliveira added.

And practice could distort science. It’s not entirely clear that the variant originated in South Africa: it was identified there in large part thanks to the diligence of South African scientists, but if it is classified as a variant of that country, it could mislead other researchers, their possible route to South Africa from one another from overlooked country that sequenced fewer coronavirus genomes.

In the past few weeks, proposing a new system has become a kind of spectator sport. Some suggestions for name inspiration: hurricanes, Greek letters, birds, other animal names like squirrels or aardvarks, and local monsters.

Áine O’Toole, a graduate student at the University of Edinburgh who is part of the Pango team, suggested colors to indicate how different constellations of mutations are related.

“You could end up in dusty pink or magenta or fuchsia,” she said.

Sometimes it can be enough to identify a new variant by its characteristic mutation, especially if the mutations are given bizarre names. Last spring, Ms. O’Toole and her coworkers named D614G, one of the earliest known mutations, “Doug”.

“We kind of didn’t have a lot of human interaction,” she said. “That was our idea of ​​humor in Lockdown # 1.”

Other nicknames followed: “Nelly” for N501Y, a common thread in many new variants, and “Eeek” for E484K, a mutation that is said to make the virus less susceptible to vaccines.

But Eeek has appeared in multiple flavors around the world, underscoring the need for flavors to have different names.

The numbering system considered by the WHO is straightforward. However, new names must overcome the ease and simplicity of geographical designations for the general public. And scientists need to strike a balance between labeling a variant fast enough to forestall geographic names and being careful not to name insignificant variants.

“What I don’t want is a system where we have this long list of variants that all have WHO names, but really only three of them are important and the other 17 are not important,” said Dr. Bedford.

Whatever the final system, it must also be accepted by various groups of scientists as well as the public.

“If you don’t really become a lingua franca, things get more confusing,” said Dr. Hodcroft. “If you can’t come up with something that people can easily say, type, and remember, they’ll just go back to using the geographic name.”