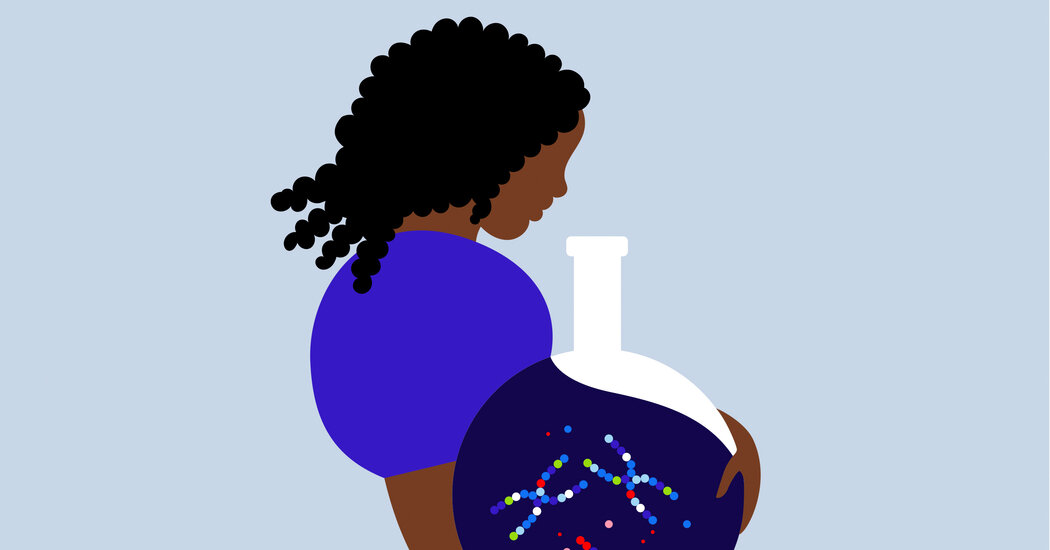 Five months later, I received a call from a doctor who came to pick up my doctor. She canceled my appointment, claiming she was uncomfortable transferring a mosaic embryo. I was angry and overwhelmed with grief.

“The bigger question that arises with embryo testing is who is running the risk of potentially having a child with potential disabilities,” said Dr. Taylor. “The decision should not be left to the doctors. Patients should be given freedom of choice and appropriate counseling in cases where there are abnormalities that inevitably lead to death. “

Parents I met online described driving or driving their frozen abnormal and mosaic embryos in unwieldy metal tanks to other clinics when their doctors refused to transfer them. Fortunately, my regular doctor came back and made a new appointment for the following month.

My husband and I were lucky. Our beautiful, imperfect embryo is attached to the uterus wall and fascinates us with its wildly beating heart on biweekly ultrasound. With new worries growing every week – that I might have a miscarriage, that the baby might have other abnormalities that embryo tests didn’t detect – I found comfort in Dr. Taylor’s words: “Mosaicism is more common than we think. Many of us are mosaics without even realizing it. “

After three months, my doctor recommended a blood test, which looked at the baby’s DNA fragments in my blood to see if he was at risk of genetic abnormalities. By this point, my husband and I had started noticing families in the dog park whose children were genetically handicapped. We tacitly found acceptance that we would add variety to the families in our ward and decided not to quit the baby, regardless of the outcome.

They came back as usual. But, like with embryo testing, the blood test could not diagnose a fetus’ genetic condition with any certainty. Our doctor offered a more detailed amniocentesis test, but we had already made our decision. I decided to leave it there.

Now, during the ultrasound, our daughter hides her face behind her hands or presses firmly against the placenta as if asking us to let it grow in privacy. The last time I saw her full profile, her nose was long and sharp, protruding and unmistakable in five months of pregnancy. I wondered if it was one of the features of the extra 22nd chromosome, or if she simply inherited my husband’s nose. As my due date approaches, her genetic profile is less of a concern. I am thrilled that we made it this far.